There was a short 30min documentary on Ch5 in the UK last night, about the guys who made the game ‘Elite‘. They were 2 college kids from Cambridge, UK. One of the best facts from the program was that when they released the game, there were 150,000 BBC computers in the UK. And their game sold 150,000 copies. Now THAT is a hit game. That makes World Of Warcraft look like barbies riding school.

The bits I enjoyed hearing about was how obsessed theyr were with optimising the code and getting the machine to do much more than anyone had before. They had no debugger, and no tools. If the game crashed, they couldn’t step through code line by line as we do now, they had to stare at the code (all 16k of it) until they found the bug. That’s serious hardcore programming. I managed to code 4 games before I worked out how a debugger worked. I never even saw people step through code until I got my first job at Elixir. Sad eh? It’s MUCH easier with breakpoints and a debugger, trust me!

I miss the days of having to optimise code to oblivion. I love reading about tricks like compiled sprites and loop-unrolling, even though many of them are irrelevant now. I’m not the worlds best programmer, but I have managed to code some pretty optimised stuff now and then. I’m very happy with the particle systems I’ve coded, especially how well they run on low spec machines. Given no worries about actually finishing games and shipping them to bring in some rent-money, I think I’d happily spend ages ripping out huge parts of my games are re-optimising the, just for the hell of it. One day maybe…

So much has been going on. I did a podcast interview thing as part of this:

Then there was another interview here:

Then i joined a tech podcast thing here:

And there’s another interview today hopefully, plus some stuff for a UK newspaper, hopefully Saturdays Guardian. I also have been bugfixing in Democracy 2, some pesky bugs I can’t believe I missed. Plus I’m trying out a new payment provider right now. All this, and I saw the stage version of Mort last night. Eeek.

I have got SOME work done on Kudos 2, and hope to get a lot more done today and maybe the weekend.

It’s been a busy few weeks. The whole debate over piracy basically swamped me for days (and it’s still having repercussions now), and it’s lead to all kinds of positive changes. Obviously the big one was taking DRM out, and the kudos price drop, and this will be followed by some demo changes and similar stuff later on. One of the other changes was that I got a lot of (brutally honest) feedback from people who had one or another criticisms of my site, my order process and my games.

To be honest my site isn’t anywhere near as good as it should be. I’ve been tweaking it the last few days (I’m the web designer and webmaster too), starting with the main page, and I think it’s a bit better already.

I also changed the site from sharing a server to having its own dedicated physical box, which took ages and involved a lot of learning some linux stuff to set up the site properly, debugging email problems etc. That all takes time.

Then finally, there was attempting to address the issues people had with my order process. I basically have 2 problems here:

2) Regardless of fraud protection, legitimate customers are annoyed at the occasional processing delays in ordering games.

Now I *thought* I fixed this today, because I found a new payment provider which seems to entirely address the second point. HOWEVER, I now hear that my current provider may be working on implementing amazons one-click payment system (complete with using amazon accounts). This is VERY tempting.

So right now I’m undecided, whether to switch to the payment provider that offers smoother fraud checking, or stick with the one that will put amazon in. Of course, the problem is, all of this waffle takes TIME, and none of that time is going on game design and coding. So tomorrow, I’m going to ignore it all, and just work 100% on testing, coding and design for Kudos 2.

Ok it looks like the move to a new server is complete. That might mean some blog comments and forum posts got lost in the move unfortunately, but hey, I won’t be moving again for a long time hopefully. Just need to check everything is working ok…

Ok, so it’s pretty clear that in terms of lots of people visiting the blog or posting on the forums, my site can’t take it, so I’ve ordered a dedicated server rather than the shared one I’m on now. It’s about triple the cost which is severe OUCH as far as I’m concerned, but I think the site responsiveness is just too vital for me to not do it. 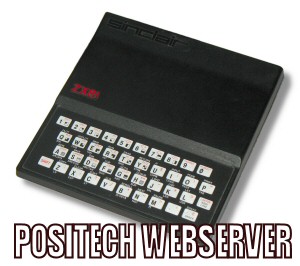 This will be the easiest bit. the hard bit will be moving one of my domains. Not most of them, which are registered through a normal registrar, but the one nominet UK control. they always demand that I give them a blood and DNA sample before I talk to them, and always doubt I’m legit. Like many companies, they seem to not be prepared to trust a digitally signed email or 128 bit encryption, but company-headed paper apparently means I’m legit.

And that’s a company in charge of the INTERNET here in the uk. As the Americans say ‘go figure’.

Thanks to everyone who ahs emailed me, and recently bought my games. I simply have too many emails to reply to right now, and it would be ironic to take too much time away from actually working on the new game. I’m also bogged down with older stuff, like some tweaks to Oval Office, for a retail publisher at some point. Once I have some spare time and sanity I’m going to see what I can do about expanding the Democracy 2 demo.