We salute you with the new exciting (can you contain yourself?) Democracy 3 modding guide…

BIG TEXT THAT LINKS TO THE DEMOCRACY 3 MODDING GUIDE

The system is pretty similar in a technical sense to Democracy 2’s modding, although there are some new features, and the whole system is much better at coping with multiple mods. if people stick to the ‘system;’ then mods will all be installed in completely discrete folders and have a switch that allows them all to be toggled on or off, So you can install ‘Deathstalkers Evil Inflation Mod!!!!11111’ and then when you realize it makes the game unplayable, just leap over to the mod-control panel on the main menu and toggle his awesome efforts off.

I’d really like to see people getting into the idea of Democracy 3 modding. I’ve never thought I was the worlds greatest simulation balancer, researcher or tweaker. I’m, more the sort of designer that has big ideas and likes huge sprawling systems, but there are definitely people who will be better than me at tweaking the state of the missions, or the finer interactions of policies. Plus, there are people who want the game to be much more complex, or more free-market based, or simulate eastern or developing-world countries, and now then can do whatever they want. I’ve built a system and an engine, it’s up to the community what they want to do with it. I hope people have fun.

In unrelated news… I have the final figures from the Humble Weekly sale that featured a whole bunch of my games recently. It raised enough to pay for jacks biscuits for almost a month, but apart from that we also raised (roughly)…

Barefoot College – $15,400
American Red Cross – $14,600
if you check out the barefoot college website they say you can donate $100 to educate one child in a night school for a year. So let’s say we are providing 5 years of basic education per child, that means fans of positech games have paid for the education of 30 children. That’s pretty awesome, certainly the most money I’ve been involved in raising for charity. In some ways I think it’s possibly the most worthwhile thing I’ve ever done. I’m so glad we got that charity added, and I’d love to see other developers of the humble sales use it. Sadly there isn’t a breakdown on the red cross website for what each amount would achieve, but it’s obviously another decent cause.
(I should probably be musing about valves SteamOS, but I’ll, wait for all 3 announcements first methinks…)

So here is what is new in my exciting new Democracy 3 game which you are all so suddenly aware of because I have a ‘site takeover’ advert on rock paper shotgun… :D

I ran an ad on reddit recently on the /games subreddit. it’s the place for fairly serious gaming debate, and I thought it would thus be a good match for my very serious political strategy game Democracy 3. It was a ‘sponsored link’ right at the top of the page. First things first, don’t let all that information on reddits ad page about ‘how ads work’ fool you. That’s an old comic they drew years ago and is completely wrong. they just sell impressions at $0.75 CPM. they really should update that…(I think this is a recent change).

Anyway….normally $0.75 CPM is a bit high for indie game advertising, but it was targeted, and a good experiment in a potentially rich new source of players. I put $250 into it, which lasted about 3 days.

According to the traffic stats provided by reddit I got:

Which says 1,140 clicks. On the face of it, this isn’t too bad at all, 22 cents for a quality-traffic click. However, if I check google analytics for that page and its source I get this

Only 199 views? that’s insane where are all the other views? Let me check my webalizer server logs instead… I see about 2,200 hits from reddit/r/Games for the month (which is almost certainly all this ad, as I have been listed only in /indiegaming until this. If I look at different logs from awstats I get 1,000 visits for the month from /r/Games.

So what value do I believe?

Well in a sense, who cares? All I care about is how many of those people bought the game, but so far I am suspicious about the tracking I have in place there, although it seems to work very well for other games so…arggghhhh!. Can I conclusively say the ad was worth it? I suspect not. Something I can definitely say from all this is that google analytics is CRAP at actually tracking the number of hits you get from a site. It could be php acting up, maybe people have javascript turned off or ad-block software turned on that blocks google analytics? All of my online research has given me long lists of reasons a few clicks might be missed, but not 90% of them. If we believe awstats & reddit 9and I’d be surprised if any site selling ads had the cheek to lie about them, they WOULD get caught by someone, and then the site is toast overnight), then it means that all of my google analytcis data has to be taken with a huge helping of salt.

Would I advertise on reddit again? Maybe, but I have other methods I’m experimenting with for now. (BTW don’t bother with google video ads, total waste of time and money). 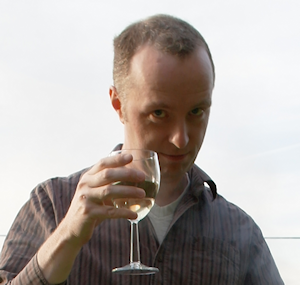 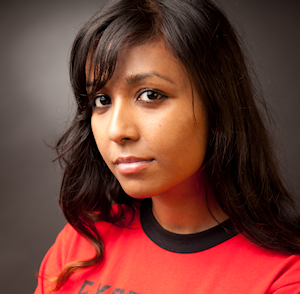