I’m too tired and busy to blog properly right now, so enjoy this video of me talking instead. I’ve clearly lost my voice at this point in the day :D

Ok, this is my last day of peace and quiet amongst the fields and the cows and the sheep and the gentle tweeting of birds and clip-clop of horses. The next five days are one of BANG BANG BOOF-BOOF_WAH-WAH-ARGGGH. Or as most of it’s inhabitants refer to it ‘London’.

See what I did there? I subverted the conversational expectation for comedic effect. I’m wasted in games. Anyway…

Positech Games will be at the Eurogamer show, the big loud games Expo in Earls Court where gamers pay money to see early builds of games that developers have paid money to show to them. There is a discrepancy here somewhere…. Anyway, we have TWO yes count them TWO games at the show. On is the game we developed ourselves, called
Gratuitous Space Battles 2 and it looks like this:

The other is developed by a third party developer and we are publishing it. It’s a strategy/tycoon/sim game called ‘Big Pharma‘ and it looks like this:

Both games are on the show floor playable by press and public alike. GSB is not quite alpha. Big Pharma is very early, but both are worth your time to check out. Me and Tim (BP designer) will be there all four days. You do *not* need an appointment to come play the game or interview us, or ask us questions or anything like that. We will be there, just come say hello. You don’t have to be someone amazingly super-famous like Alec Meer to ask us for an interview, we will talk to anyone, even if you just have a blog with a dozen readers or a youtube channel with 10 subscribers. It must be ten though, none of you 9-subscriber losers.

We are not frightening or intimidating, we are like tigers, we are probably more scared of you than you are of us. We sit in dark rooms all day hitting keyboards, this is scary scary time.

Please come along, get a free badges or two and a free leaflet. Ours are glossy!

Regular blog readers might know that I published a game by a third party indie developer called The Tiniest Shark which produced Redshirt, the sci-fi comedy social-networking life sim game, which you can buy HERE. I enjoyed taking on the role of indie publisher, for all kinds of reasons I’ve talked about before. And lo, so it came to be that I was pitched another indie game that I’d love to see made, and it’s called Big Pharma…

Big Pharma is being developed by another UK studio called Twice Circled, and designed and coded by Tim Wicksteed, whose blog you will find here. We also have a bare-bones facebook page for now for the game here and an actual website for it (with some very early images) here. In terms of genre, it’s a strategy game based on running a large pharmaceutical company, that is part biz-sim, part isometric factory/lab building sim, and it looks like this…

I LOVE the design and idea behind big pharma. I want to play it right now. It scratches that itch you get from games like Anno 2070 about laying out production lines, without having to use uplay or wait 40 minutes for the game to load. It’s also a proper biz/management game, which is obviously right up my street. It *is* quite early to be announcing this game, by positech standards. We normally wait much later, but the reason to announce now is that YOU CAN PLAY IT if you come down to the Eurogamer expo in London this coming weekend. Big Pharma will be there, alongside Gratuitous Space Battles 2.

So journalists…come…be our friends. We will shake your hands and talk enthusiastically about both games. You can have a go, and ask us questions. Big Pharma is NEW, nobody has played it yet, or heard about. Come and be the first to tweet/blog/write novels about your impressions of it. We dare you! And obviously come play Gratuitous Space Battles 2 as well. It is a sequel, but it has spaceships exploding, so swings and roundabouts…Plus we will have badges. Actual proper badges.

Me and Tim will be at the show all four days, so no need to book a time or anything. We will be in the indie area near prison architect. Oh, and if you like the look of Big Pharma, pls like it on facebook so we don’t feel lonely there…

Things are pretty tough in the mid-tier, as an indie game developer. I see a huge disparity between those devs that have been called ‘triple I’ indies (sorry paul!) and new entrants making their first game in unity. I also see a big gap between those III indies and the AAA developers. It seems game development is collecting into several bands, and I suspect a lot of it is PR related. 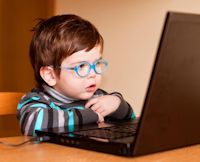 At the bottom (financially speaking) you have those indies making their first game, and selling a  few hundred, maybe a thousand copies. They have zero PR budget and Zero marketing. They probably have coder art, and are doing literally everything themselves. They make up the majority of games still stuck in steams Greenlight pages, or have an app on the app store. A lot of them may be working on their games part-time, or are students, or very young. their living costs are young, they are idealistic, and presume their game is about to take off and make money. Statistically speaking, they probably wont, but a combination of youthful optimism and relentless confirmation bias means they are still working at it and are still assuming they will stay in the industry. The only PR they do is on twitter and reddit personally, trying to get people to play their game. The ROI is zero. These people lose money.

In the middle (again, only speaking financially) are the established ‘III’ indies with a few titles under their belts, or the ones who had a proper art and PR budget. They are probably migrants from Triple-A studios, with years of coding experience. They are aged 25+. They may have a small team, be working full-time, and are probably self-funded. They have some actual advertising budget, might hire a PR agency now and then, they attend trade shows with proper booths (not a laptop and a self-printed poster stuck to the wall), and have professional looking trailers. Their games sell 20-200,000 copies. Some of them are millionaires. A lot of them make a pretty decent living, and are likely to weather any coming game-crash or storms. They use google ads, reddit/twitter/facebook promotions etc. The ROI is pretty good, 200-300%? My company is in this tier.

At the top (purely financially :D) are the AAA developers. Their games cost millions to make, and sell millions of copies. They have full-time PR companies, with print-media ads, huge booths with people dressed up as game characters. They have massive site-takeover ads and streaming video ads. They have billboards in the streets, on buses, ads on TV, and their PR people guarantee these are the games that get written about in national newspapers and magazines. They get mentioned on TV in geeky segments in the news. The owners are multimillionaires. The staff are paid whatever they can get away with. The ROI is very good here, maybe 400%?  Activision is in this tier.

My point is that it’s getting hard to move from one to the other. Yeah, minecraft is the mega-exception that proves the rule. I know a lot of people in the middle tier, and I’ve yet to see any of them break out of it in a big way. The gap between them and the AAA is huge. Maybe it’s just that the sheer money involved requires a different mindset? Rather than spend $100-200,000 on a game (I’m calling that mid-tier) then you have to spend $2,000,000, and the likelihood is you don’t have that cash sat there (some do…). That means borrowing, which means proper big investors, VCs, people wearing suits… proper accountancy rules & board meetings blah blah. Maybe it’s too much hassle, or not what those devs want to do.

The good news is that going from bottom to middle isn’t as hard. I think it can be done by angel-investor style funding, or the real plucky confident people who remortgage their house or sell everything they own. I think you probably need to spend $100-200k to make a game that pushes you to mid tier. That either sounds like a good deal, or terrifying depending on your risk-attitude. The good news is there are some indie devs who can fund games to that level, if you make a very good pitch.

It’s hard but I think middle->top is harder still. I pretty much know why I’m stuck in the middle. it’s manpower. I need to find people I’m prepared to hire full-time, or at least on long term full-time contracts. I haven’t done that. Yet.

Check it out and let me know what you think :D