There was a debate on a forum recently about ‘the lack of middle class games’, which attracted me, because I thought it would be a (possibly amusing) discussion of games aimed at middle-class, and indeed middle-aged people. In fact, it was about mid-tier games, inbetween indie and PC. Ho hum. I was expecting mortgage-repayment sims and puzzle games based around getting planning permission for a loft conversion…

I think there is little debate that the average age of gamers is rising. This should also be combined with the realisation that a lot of younger gamers don’t think games should cost any money (witness huge sprawl of F2P games. Such games are anything *but* free, but that’s a separate topic). These two factors are combining to suggest that there is a very large, and relatively lucrative market for gamers aimed at people in their 30s, even in their 40s, with disposable income.

Everyone seems to be falling over themselves to make games for the attention-deficit-got-no-money-angry internet kids generation, but in so many ways this seems like suicide. Lets look at reasons to consider our perfect gamer to be aged 30+, with a decent job, probably a mortgage, blah blah. 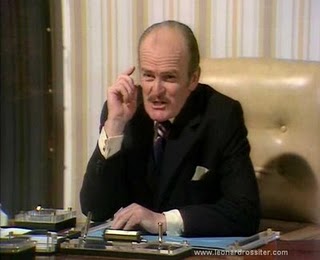 These all seem like good reasons to target these gamers. The thing is, what games do they want to play? I’m 41 (oh my god!!!) and if I’m honest, probably pretty darned middle class,. I have a nice house and car and listen to radio 4. The evidence here is pretty overwhelming.  Do I think gaming is targeted at me right now? Not really. Some games such as this and maybe this, seem open to targeting my demographic, but generally, if I want to play a game, I need to disengage the grown-up bits of my mind and think ‘lets blow stuff up! cool!, or similar.

As a middle ground, I think a lot could be done to mitigate the extent to which my demographic is turned off by games. I think playing a fantasy RPG is perfectly reasonable, but if all the female characters have breasts like barrage balloons, and everytime you kill someone a fire-hydrant of blood spurts out their neck, then this is not so much *cool* as it might be aged 14, but more *tragic* and ultimately embarrasing, once you reach the age where you worry about your pension plan.

Who out there is making a game aged at people in their 30s-40s? post a link in the comments if you think you are successfully targeting the older gamer.

When my site got hacked recently (bah…) I had to go through a lot of html checking it over. As I did this, I began to realise just how much of my site is effectively useless. I’ve been running it sicne 1997, so there is some crap there, like this early game or a whole bunch of ultra-low selling affiliate links. The affiliates sell very little, and I’ve handed over my ideas for an indie games website to showmethegames now, so they are redundant.

My first thought is to junk almost all of it, keeping  just the sites for GSB, Kudos 1 & 2, Democracy 1 & 2 and Rock legend, maybe Starship Tycoon and planetary defence. I can just delete the rest, and have a tidy site.

My second thought is that this might be bad, from a search-engine optimisation POV. suddenly googlebot will see a whole bunch of dead links, will this affect my page rank? Should I do some clever htaccess crap? or is it just fine to junk it all and let my normal 404 to the homepage redirect handle it?

Does anyone have experience of tidying up a really old site? is it worth doing?

Thankyou Scott Fadick!, for alerting me to my blog giving some arcane error. I assume it was hacked, because I haven’t changed a thing, and wordpress was hugely out of date. Anyway, a simple one-click update to the latest version (things really have improved since I last went through wordpress upgrade hell), and it all seems fine again. Let me know if it isn’t.

That awful dread feeling I had when I’d finished a long (but very productive) days work, had a quick game of Battlefield:BC2, and thought it was time for a glass of wine and an episode of spooks…. and then to think the evening would be spent fiddling with databases and php….Bah. What a pleasant surprise to have it fixed so easily.

The trouble with being an indie is that such problems all become yours. If you are thinking of leaving a coding day job for indie software business, consider this:

For a lot of people, the answer to all of that is ‘yes!’, but they fall at this next fence:

Most people can’t. It’s generally hard, although I have various tricks to make me do it. One day, I’ll give a talk at some games conference about it. or maybe a series of blog posts. Hmmmm.

First up, let me point you at this interview with Celso Riva from winter wolves games. He makes ‘visual novel/ RPG hybrid games that you will love or hate, and pretty much owns that as a niche, which is a cool position to be in. Some of the art in his games is great. Also, I humbly point out that ShowMeTheGames now has an RSS feed. I presume I coded it properly, but who really knows!

I shot some arrows yesterday, in my first archery bout of the year, although sadly it’s not so warm today. I did surprisngly well. Only 1 out of 20 missed the target, which after 6 months of no shooting ain’t so bad. Got 4 bullseyes too. It always amazes me how much archery makes you realise how stressed or distracted you are. It requires you to be attentive, focused and relaxed, and right now I’m none of those :D

Here is a lesson for those who think ads don’t work. I recently bought a car (haven’t physically got it yet, but I’ve ordered it). It’s my first new car since going full time indie, so it’s about bloody time. Anyway, I’m not really a ‘car’ person, and know very little about them. I have no idea why I need multiple valves or what torque is.

Anyway, I did a little bit of research, wanting a geeky car with awesome mileage that looked nice. I did 3 test drives, and bought the one I liked the most. So far, so meh.

THEN, I realised when watching TV, a few days later that an advert I *know* I’d seen before (because I commented on the way people hold drumsticks in it), but which I hadn’t even realised was for a car (I must have ignored the rest of the ad) was the car I chose. Not only that, I really *like* the ad. It appeals to me in the way 99% of car ads do not.

Now that could be a co-incidence, but there are not a ton of car ads on TV right now, probably due to the recession. There is a BIG variety of cars to choose from, and the one car I chose was the one car ad I like, from the limited pool of car ads currently running. That could be just luck, but to quote a wise man “In my experience, there is no such thing as luck“. It might seem like I could have bought any car, but it always looks like derren brown is offering you a choice of a pack of cards, but he isn’t really. We are all sooo soo easily led.

It’s actually nothing to do with me directly, but the enthusiastic modders who fiddle with Gratuitous Space Battles (and there are a LOT of them), have been running a competition on the GSB modding forum for the last few weeks. I blogged one of the designs a while ago, one I really liked. Anyway, there has been voting going on and a winner picked, and here is the ship with the most votes: 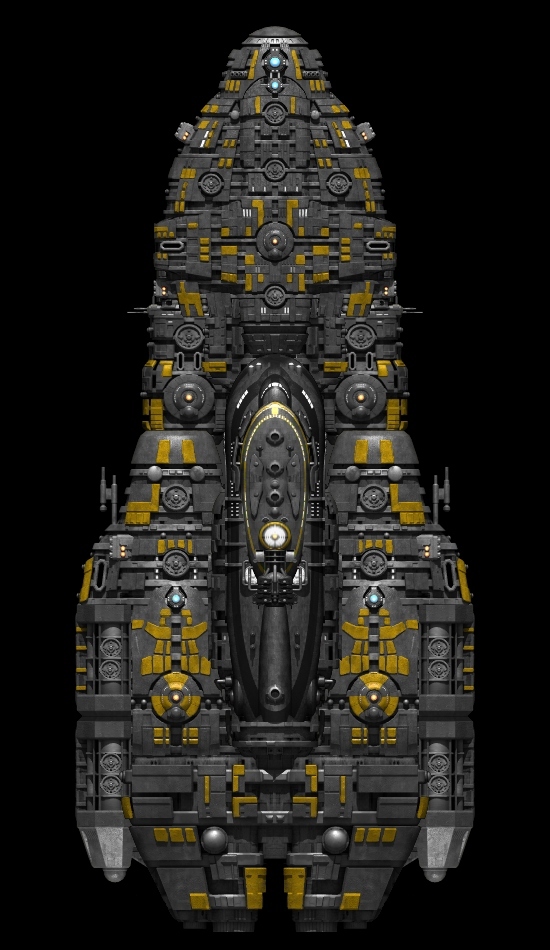 It’s extremely awesome to see people producing new ships for the game, and obviously what they are doing is cutting and pasting and tweaking and blending the original ship grpahics to make much bigger new ones. I also released some of the raw lightwave models, and did some re-renders, because I’m a big fan of decent modding, I see there is also a fan-made editor for the game which is probably better than my own internal tools (almost certainly so!). Some of the stuff that’s being modded into the game is really cool.

1) leaving all the games art files in native, usable formats like jpg and DDS, so people could see them and change them, rather than hidden in some pak or zip file.

2) Having forums on my site for people to chat about the game and discuss it. Some indies see forums as more trouble than they are worth, but I strongly disagree :D

Thanks to everyone still playing the game and producing mods for keeping interest in the game alive. I look forward to seeing people mod the campaign game, now it has a proper directory structure that trivially supports extra maps. (It’s still not a modders paradise, but I hope my next game will nudge further that way). If you are a big fan of GSB and want more ships, or to change some settings, or fiddle around, have a look at the modding forums, there is a ton of stuff there.