When you get game design students to submit game ideas, or you encounter their ideas online, (inevitably in any discussion of game design or criticism of game ideas), you get a huge emphasis on mechanics, and on the numbers, the choices, the decisions, and the maths and principles behind game design. Books have been written on this topic. I have several myself. There are a lot of maxims, and serious theories. 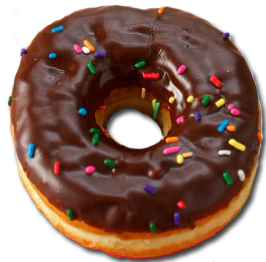 The problem I have with all this, is it treats the player like a rational, thoughtful robot that is aware that games must be perfectly balanced. In other words, the player is expected to take an analytical and rational and logical approach to deciding whether or not a game is fun.

This is silly, because ultimately games are about FUN. You can take your fun seriously, and that’s fine, but lets not kid ourselves. Gaming is a leisure activity, done for fun. Choosing the right gun in Battlefield 2 isn’t the same as choosing what university course to take or your pension provider or next career. There are no life-changing implications to choosing ‘Elf’ rather than ‘Orc’.

We all make a ton of really serious decisions in our lives. I run a business, and that’s all about seriousness, contracts, numbers, blah blah. The last thing I want to do when gaming is take on a whole new serious set of decisions. I strongly suspect that a lot of gamers have a similar attitude, especially really young gamers and the 30+ generation. How many times do you pick a certain character class or weapon or role in a game because of some silly reason, some trivial gut ‘feeling’? I’ll always max out my archery stat in a game that offers it, even if it’s a dumb choice, because I find archery cool. I spent all my cash in mount n blade on the helmet with big horns, because I liked the helmet, who cares if I’m not maximising my armor stat? Horns are cool.

The reason I’m saying games are like donuts, not puzzles, is that when asked what food we want, we pick what we ‘like’, we don’t get too analytical about whether food X has 15% less calories for the same quantity as food ‘Y’. Food ‘X’ has got better reviews than food ‘Y’, but ultimately we don’t care. We like pizza, more than salad, so we choose pizza. We don’t feel like we have to justify it. In this case, the academic game designer is like a nutritionist. The customers decision makes no sense, they have picked the ‘wrong’ food, the lesser food, for completely silly reasons. Can’t they see that the salad contains a better balance of the different calories and proteins and vitamins, and thus is better than something that is all pepperoni and cheese?????? Can’t everyone see that Beethoven is better than the spice girls????

Game design is about fun, and making the player FEEL good (or bad/scared/guilty/powerful..). It’s not a puzzle of stats for the player to win. If you enjoy gratuitous space battles, then you have WON. It’s not about scoring points or beating challenges really, it’s a game that (I hope) makes you FEEL like you control a big space fleet. I’m selling your the feeling of power, not a spreadsheet. Battlefield 2 makes me feel like a cool soldier, and that’s great. It doesn’t really matter if the game is unbalanced, or if it’s just another shooter, or if Call of Duty has more guns, or cost more, or has a better plot. These are bullet points. We don’t have them on donuts.

I strongly think game designers are selling feelings. This is why I find it worrying so many of them are insular, shy, introverts with a limited range of interests / experiences. Game designers need to get drunk, have sex, get into fights and jump out of airplanes. Stop watching firefly for 10 minutes and go something that generates some different emotion in you.

What about you. Do you play and choose games for seemingly trivial reasons? Because you like the wood-chopping noise in age of empires, or because you  like the background music in eve? What’s the silliest most peripheral non-‘game-design-theory’ reason lying behind your choices?  and how does your favorite game make you FEEL?

Here is some tips and advice from someone who a) develops PC games b) used to be a PC systems engineer and c) handles tech support for a games company.

So your PC game is crashing. You probably want to contact tech support from the developer or publisher, or seek help from other players on their forums. This is the information you need.

Those factors collectively will really help a tech support person. Here is stuff you can try whilst waiting for them to reply.

If you actually have found a bug in the game, then be aware that this is pretty RARE. You wouldn’t think so, given by online gaming forums, but take a game that sells 50,000 copies (low for retail, high for indie). If there really is a bug, even an obscure one, it’s definitely affected at least 500 people. Maybe 1 in 5 of them emailed the developer. The chances are, the bug was found and patched after the 20th email, let alone the 100th. This is why you should always check your game version number before anything else. It’s still worth emailing the developer with all this information. It will likely help them rule out certain things, the more examples they have.

If you are one of those lucky people to be reporting a bug before it’s fixed, what the developer wants is something called ‘steps to reproduce’. You can be 99.9% sure that the developer has never experienced the crash. If they did, it would be fixed, which means that there is something about how / when / where  you play the game that is different to the way the game was tested. Good steps to reproduce look like this:

Ideally, what you would do is identify only the steps that cause the game to crash. So if you try to reproduce it, but this time click the ‘use freeze ray’ icon and it still crashes, then you know its not specific to that one button. What the developer really needs is the minimum steps to reproduce the crash, and also to know what is a red herring (in this case, the choice of weapon). In tech support, we called this ‘drawing a box around the problem’. You need to be identify what causes the game to crash, and what is just filler and side-show.

Lastly, remember the game developer isn’t your enemy, they want it fixed more than you do. You aren’t the only person with the bug, and they would rather be coding new stuff than debugging, so they want it done as fast as they can.

If you have any other tips, or suggestions that you know have helped fix awkard and obscure PC game crashes, post them below.

Have you heard of the stealth indie strategy game Frozen Synapse? If not, today is your lucky today because here:

is an article on ‘the making of’ that game, and the game itself is finally released today. if you like what you see you can grab the game direct from the developers site. The link is in the article.

I guess it’s generally considered desirable to promote a product for what it *has* not what it does not have. This is unfortunate because I can see a lot of ‘features’ that would enhance a product purely by their removal. My pet hate is the new squeezy nozzle on heinz ketchup, but putting my personal table-sauce related jihad to one side, and thinking purely about games, I can imagine several features, whose omission that would pique my interest…

All of these would get my thumbs up, yet nobody ever markets a product that way, even though I’m sure there are games that omit all these annoyances. There must be something about good marketing practice that means it’s a bad idea to promote a negative? (although ‘non-bio’ and ‘no sugar’ come close)

Take a game like portal. It is apparently short. I’ve never played it to the end, so I don’t know. I’m sure a lot of people would panic if a game was announced proudly as being short, but I also suspect a lot of people (middle aged, with kids especially) would welcome a game that was high quality fun, condensed into a reasonable length of time. I don’t care about ‘finishing’ games, but I find myself losing patience with any movie over 2 hours long. My time is limited, get to the point.

I spent a day playing Halo in the office at Elixir once (I was ‘on call’, not there to do work…) and was enjoying it right up until a bit where the next mission involved backtracking the last 15 minutes. This was clearly filler, to make the game feel longer. It was like a really tedious scene that any decent editor would crop from a movie.

Even from the Fellowship Of The Ring.

And yet, big budget games are full of that stuff.

I make sandbox games, so they don’t lend themselves to being marketed this way, but it would be great if some games did seek out the ‘time-poor’ gamer. I know there are lots of us. Aren’t there?

I’ve blogged this sort of thing before in some ways:

“Pupils in the UK were better behaved than the international average.

But Asian countries and regions dominated the top places in this good-behaviour league.”

I am so un-surprised by this. People in rich western countries don’t instill any sort of urgency or panic in their kids to make them study hard. The kids see the parents with cushy jobs and think that homework isn’t a big deal. They leave school with very poor skills and are totally outclassed by foreign competitors. Remember, you aren’t competing against your parents generation, but against kids your age is Japan, China and Kazakhstan. The Kazakhstan kids are paying attention whilst British and American kids text each other and kid around. I have a horrible feeling that we have an entire lazy, ill-educated generation who expect a lifetime of ipods, flat screen TVs, new cars and a luxury house and decent pension, but who have no way to finance any of this.

If you are 15 now, do you really not expect to live to 90? or 100? given modern medical science. How much will that require in terms of a pension? And this is the generation that has student debt from the start, and a huge national debt to pay off one day, not to mention massively increased job competition from the developing world, and increased automation and robotics meaning there won’t be so many menial jobs even if you wanted one. There are already thousands of people with relatively poor qualifications working in call-centers that will be replaced by voice-recog/synthesis AI within 20 years. What will they do? Wash cars? (nope, robots do that already).

I don’t have kids, but if I did, I’d be making damned sure they were top of the class, knowing who they are up against. The near-future economy isn’t defined by mining and construction, but bybiotech, nanotech, computer science and maths. I can’t see any reason why the next big technological boom can’t happen in China or Kazakhstan.

Now do your homework. :D