I got thinking on this topic whilst watching voyager recently. Here is my list.

The idea: A group of cybernetic beings that have shared thoughts and one collective mind. They have no leaders, no command structure, no need to consult each other or communicate as they act as a cohesive, unified deadly enemy. Turns the idea of a typical sci-fi bad guy around by doing away with the concept of individuality entirely. 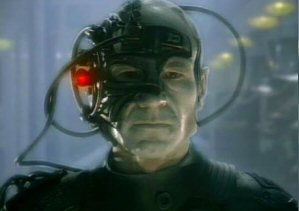 The Mistake: The borg queen destroyed the entire concept on which the borg was based. Then came Hugh, Then Seven of nine. Then borg children, then “we’ll always have uni-matrix zero’. It’s easy to forget that the borg were supposed to be a collective at all. And The borg ship design became less cube-obsessed, and more like a kids set of building blocks. Bah.

The Idea: A group of primitive, tribal aliens who do not use modern technology can, despite this disadvantage, bring a technologically superior foe to it’s knees using ingenuity and determination. A long-cherised idea of George Lucas’s, based on his love of anthropology and his feelings about the Vietnam War. Originally planned as wookies at the end of Star Wars Epiosde IV, later shelved. 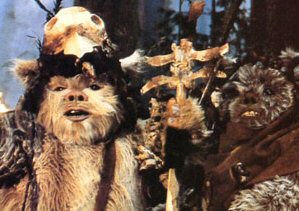 The Idea: race of highly mutated aliens who can only exist within their metallic cases, after a long running nuclear and biological war which left their ‘parent’ race destroyed and their homeworld an irradiated wasteland. Genetically designed to consider pity and compassion as weaknesses, so as to be the ultimate weapon. 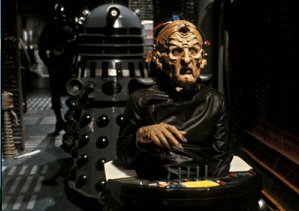 The idea: Go back to pre-kirk days to discover the early years of starfleet. Throw away all the conventions of later trek series and put humans and the federation on the back foot. Bridge the gap between the present day and the original series of star trek to tell the story of how it all started. 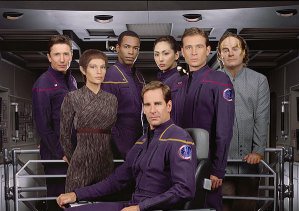 The Mistake: Basically ditching the idea within minutes. There is little to distinguish Enterprise from TOS or Next Gen. Ships have phasers, artificial gravity, and familiarity with tons of aliens. Did nothing to show a weak, technologically early federation. Suspiciously sexy vulcan strips off in very first episode. Sad….

The Idea: The world as we know it is a simulation. A war rages between machines that mankind created and the last few free humans alive. These human freedom fighters jump between the real and virtual world battling against virtual opponents with awesome powers. 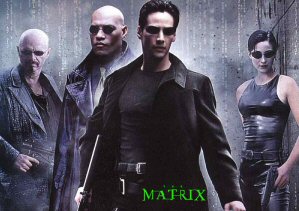 The Mistake: The sequels. Some bullshit about keys. Endless car chases. Inability to realise the mistakes made when doing a sequel to Highlander. (Don’t).

So Apple are looking to tell google where to shove it and sell advertising directly, I read. One of the thinsg that sprung out at me from this article was this quote:

“Every time a user sees a banner ad from Apple, it will charge advertisers a penny. If the user taps the banner and the full ad expands Apple charges $2. Large ad buys would reach $1 million from the taps and views.”

So lets re-visit that a bit. For a single mouse-click (less really ebcause it just expands an ad, doesnt go to a site), the advertiser pays TWO DOLLARS. So that’s at least two dollars per click.  I currently pay around $0.10 a click, so this would eb twenty tiems as much money. Now obviously, not everyone sells indie games. I’m sure some megacorps selling high price items have money to burn, (oh and by the way, if you are a small advertiser with an ad budget under a million dollars, apple have told you to f**k off already. Thanks guys).

I do wonder how the discussion goes in the megacorp head office though:

“Dude, there are lots of people with iphones. Maybe we can advertise our high-value product on there?”

“Yes, but dude, they are charging at least five times what anyone else charges for the ads.”

“Sure, but from what I hear, people with iphones are not at all price-sensitive and will happily pay a premium for everything!”

“So why are iphone games considered overpriced at $1.99?”

I don’t think google should be worried at this stage. For them I’m sure it will be business as usual. Business time…

The new race, for upcoming DLC has taken over my life a bit. I haven’t worked on the campaign for what seems like ages. Nevertheless, the new pack is almost done from an assets and code POV. It’s just a matter of play testing and balancing, plus one more fleet deployment to add, then it’s done.

Here is a teaser: 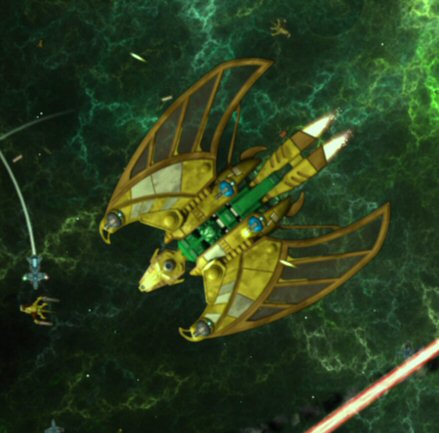 Sales are not stelalr, plus there aren’t many entries for my banner ad competition. Maybe everyone too busy watching the Greek Economy Collapse, or Gordon brown making mistakes, or Infinity Ward imploding?

On the plus side, the total collapse of the UK economy means that the pound gets cheaper against the dollar, meaning I eaern very slightly more. Yay?

Ok, here we go. It’s your chance to win my 3D model spaceship of a Gratuitous Space Battles centurion cruiser. You can have it if you can design a better banner advert for GSB (animated or static) than I can, which isn’t difficult because mine look like this:

And you KNOW you want the ship because it’s cool and looks like this: 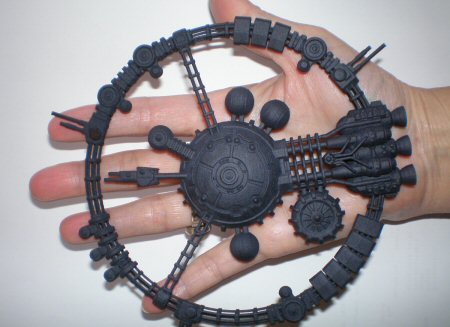 Full details on what is involved are here:

Basically just send me a decent banner ad (within some technical restrictions) in the next two weeks and if yours is the best AND it’s better than the ones I make, then I’ll send you the ship. As they say in USA marketing “THAT’S AN EIGHTY DOLLAR VALUE!!!!!111111oneone.”

I’ve been away for 2 days, on holiday. Yippee. First time I’ve been away this year, and indeed, since I moved house. It takes me about 24 hours to switch off from work, even once I’m 100% away from a  PC, so that gives me 24 hours of relaxation proper before I’m back in code mode. I still occasionally find myself thinking ahead though.

I actually started thinking post-GSB very briefly. I’m still a little way off from that, but I need to set a date for when I ‘move on’ and pack away the star wars and star trek DVDs and sound-tracks and dig out the <********* spoiler ***> which will get me in the mood for my top secret next game. With a new race expansion pack under way right now, and the campaign add-on in full development, it feels a bit weird to already be planning ahead.

However, I know that it takes me roughly a year to make a new game. That means having to start on the next one at the point where I think I can finish it before you I out of cash. If I plot a graph of Gratuitous Space Income, it tapers down pretty steadily to about now, and bumbles along at a livable rate. In a years time, that will (if it follows my other games) be just below that. Luckily I’m a bit paranoid and always stick some money aside when things go well. My plans stupidly assume that the next game is at least as good selling as Democracy 2 / GSB. If it sells like Rock Legend instead, I’m probably eating from Asda rather than Sainsburys. If it sells like Kudos 2, I’m eating from bins :D.

So my current business plan (not as exciting as my game design plan) is that the 3rd (likely final) race expansion pack comes out next month, and hopefully the Campaign turns up in June. Those should bump up sales of the main game a bit, and hopefully pay for themselves over the next year. I have a feeling the campaign may slip a bit due to feature creep, but I’ll assess the likely interest in that after the next expansion goes on sale.