Here is a puzzle:

I wish to select roughly 2 comments in total, sometimes 1, sometimes 3. There is a chance that I will only have a total of 1 comment to choose from anyway (in all 3 lists)

I also have a value that is positive or negative. If it’s positive I need to ensure not all my comments I select are negative, given that there are some positive ones. If its negative, I need to do the reverse.

How do you do that?

If the mere thought of it makes your head explode, you will never be a programmer. If you can see immediately how to do it, in explicit steps, efficiently and accurately. Then you may be a very good programmer one day. Hopefully I’ll have sussed it before anyone posts a good reply :D

A rather good article about indie gaming:

I lifted the lid on Kudos 2 today, showing screenshots for the first time. here is the blurb, and mini-site link:

Positech Games, the indie game developer formed by ex-lionhead AI coder
Cliff Harris, are pleased to announce the first screen-shots of their next
game – Kudos 2.

Kudos 2 is the sequel to the popular ‘strategic life-simulation game’. The
only turn-based life sim, Kudos 2 puts you in charge of a character from
their twentieth to thirtieth birthdays, and challenges you to make something
of their life. Your character starts out as uneducated and penniless,
working a dead-end job. Your aim is to improve their life, whether that
means making them happier, more popular, wealthier, or carving out a career.

The key to the game is the complex AI behind your characters personality and
moods. As you would expect from the developers of super-complex strategy
games like ‘Democracy’, every nuance of your character is simulated and
modeled. Each day your decisions change your character for the better or
worse, from what books they read, to who they associate with, to what food
they eat and which TV programs they watch.

Kudos 2 is designed and coded by one man (Cliff Harris) with Artwork by
Jamie McKelvie and Chris Hildenbrand and music by Jesse Hopkins. The game is
scheduled for release at the start of October 2008.
Kudos 2 will be available to buy direct on-line from the Positech website,
as well as through additional on-line stores. Interested publishers should
contact Cliff at cliff@positech.co.uk.

I spend a lot of time fiddling with advertising budgets. Much more so than most indie game devs (who do not advertise much, if at all). The trick to advertising effectively is to tweak it, to pick the right ads, in the right places, for the right products.

Some stuff I’ve learned about selling games through advertising online:

Hopefully this is of interest to any other devs. Advertising DOES work. Of course it does, if it didn’t, the Coca Cola company are wasting billions. Plus it does work on a small scale. You can’t spend five minutes knocking it together and hoping for the best though. I spend maybe 2 hours a week on tweaking ad campaigns, maybe more. I also spend a lot of my revenue on advertising, it’s by far my biggest expense each month (ignoring the costs of my time coding and designing games).

I read about a law going through in the USA that attempts to cut down on student piracy on US college campuses.

One of the aspects of all this which makes me despair a bit is the attitude of the students that they are somehow entitled to free everything, music, movies, games etc… Be warned, I’m about to sound like an old man…

I think this is part of a general trend in the west, and I think it’s because of adolf hitler. Here is why… 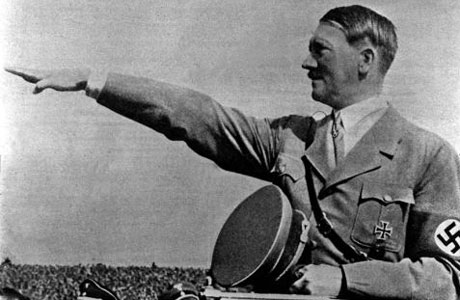 My grandfathers generation, and to some extent my fathers, lived through World War 2. My Grandfather was a soldier fighting in Africa and Burma. They put up with a serious lack of everything. No cod during the war, no decent meat during the war, no bloody anything basically. You ate what you were given, and you were thankful. People put up with a lot, make-do-and-mend etc etc.

That kind of attitude sticks with you for life, and when that generation had kids, they drilled it into their kids too. The value of a hard days work, respect for the law, making do with what you have etc etc.

But that next generation grew up without any disasters or wars to speak of. They lived relatively happy, prosperous lives, without fear of invasion, war, or serious food shortages or poverty. People got used to enjoying entertainment without seeing it as a luxury, but part of life. When it was time for them to have kids, they stopped drilling the military drill-sergeant attitudes into their kids.

Those are the kids now at college.

I noticed it recently whilst food shopping. There was a woman with her young kid (maybe 6? 8?) accompanying her on the weekly grocery shop. The mother was constantly subservient to the child. “would you eat this?” “do you want one of these?” “what would you like to eat?”. I couldn’t help but want to vomit. Maybe *we was poor but honest* when I was young, but I never had all that crap. I ate the food that was available. My parents bought it, so it was up to them. The idea that everyone else would work around my desires, when *they* were paying would seem farcical.

Yet this is how families operate now. Kids are the decision makers. They get to eat what they like, watch what they like, play what games they want, listen to what they want, and it’s all paid for by someone else. If mommy has to get into credit card debt to buy little jimmys xbox 360, she does it. End result: Kids who know the value of nothing, and expect everything to be given to them.

Complete bollocks? Who knows, but I certainly think there is a grain of truth here. Part of me does worry that if and when the current generation gets a serious shock (world war 3, or severe climate disaster), we just aren’t cut out to deal with it. Rather than all coming together with ‘the blitz spirit’ we will become feral and confrontational, hating to consider even the tiniest sacrifice in our own standards, regardless of how much it is needed. Just looks at how people resist even changing a light-bulb to literally save the planet. We live amongst the ‘everything for nothing’ generation, and I’m pretty sure it’s a bad thing.

Cue summaries of this post that say “game developer links piracy to hitler”. Feel free, It’s all publicity for me :D