I’m moving house soon, and it’s my birthday soon, and this all conflicts with the whole ‘releasing gratuitous space battles’ thing as well, so its’ going to be an insane few weeks. The stress of both getting older AND releasing my new game AND moving house is all quite high, but it all pales into insignificance next to this: 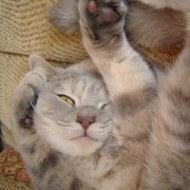 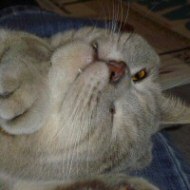 Her name is Jadzia, and she is one of two cats we have. At an appointed time, with little margin for error, I need to stick her in a cat box, and drive hundreds of miles to the new house. She is likely to ‘resist’ this.

Jadzia has not been to the vets in years, because we just cannot put her in a box. She fights BADLY. She is normally fine, you can stroke her, and even pick her up for maybe one or two seconds at most. she will sit on your lap for hours, but she hates being put into a box, she has claws like wolverine, and she knows how to use them. She is very very aware of people ‘planning’ things, she moves like lightning and she picks up on the slightest unusual thing.

Tell me your tips, especially if you have a similar cat. Things we have tried:

1) Locking the cat flaps and trapping her in a room first. No joy, she will break through a locked cat flap by force, and chasing her around the room tires us before tiring her.  We are considering using paving slabs to effectively brick up the cat flaps.

2) leaving an open cat box next to her food so she isn’t scared of it. This works, she’s not scared of its presence, but knows when she’s going into it. She will not eat food if you place the bowl in there. She is that clever.

Everyone suggests wrapping her in a towel, which sounds easy, but I bet it isn’t. I’m also wary of suffocating her. My heart rate actually goes up when I even think about this, because it brings back flashbacks to ‘nam from when I’ve tried before. I’ve lost a fair amount of blood doing it in the past. A friend of mine offered to lend me his welding gauntlets, but I suspect that might tip her off. The vet says there is no safe sedative for a cat that isn’t given by injection.

If I could find a way to record my attempt on a webcam for everyone’s amusement I would, but I doubt that’ll happen.

Games and game developers seem to be caught in a price war these days. I hear a lot of developers expressing despair over the fact that games are always on sale, or discounted, or sold in bundles, and that ‘big name publisher X’ has just released its new game for 10 dollars, or 1 dollar, or 99 cents, or free!

Most people making indie games don’t get that. They think their games are commodities, competing against identical other ones, like a potato. But they aren’t. games aren’t potatoes, they are rock bands.
Check this out:

As a clue, the first one a potato. Unless you are some sort of potato fetishist, you don’t know the variety. It might be maris piper, but who the hell cares?  It’s a potato, and we buy them as cheap as we can find them. Now look at the next one. Your reaction is likely

“What a bunch of dorks” or…

“Behold the kings of metal! Real men play on ten!”

But your reaction will NOT be ‘well they are a rock band, and depending on the price of their music I may purchase it, or a Dire Straits / Killers / Police  / Whoever album instead”

In fact, it would seem weird to feel that way about music. And this is how people feel about GOOD, ORIGINAL games. Generic Match-3 games are potatoes, and they will inevitably get sold for the price of spuds. But decent games (look at the premium pricing for COD:MW 2) and original games can charge what they think they are truly worth. They are rock bands. The existence of other bands is irrelevant. There is only one Manowar and there is only one Little Big Planet.

I’ve been considering a few changes to the way stuff is unlocked in GSB. Currently, winning a game with a small fleet earns you honor (based on the margin between your fleet cost and the budget) and you can spend that honor unlocking new ship modules.
In addition to that, you start the game with just one unlocked race (The federation), and you unlock an extra race when you beat every mission on normal, then another at hard, and another at expert.

There are many problems and potential solutions

Firstly, you have to play every single mission before you get to choose a new race, and I suspect people may be sick of the federation as a playable race by then.

Secondly, the survival missions don’t count towards this, which is hard to explain.

Thirdly, some really l33t players earn tons of honor easily, and have nothing to spend it on.

So I’ve been thinking about this a lot, and reading peoples views on it, and I’m still slightly on the fence about how to improve it. My gut instinct is that I should roll a whole bunch of other stuff into the current honor-unlock system. Right now, missions get unlocked by beating the previous mission, and when you unlock a race, you get all it’s ship hulls at once. I could easily make all this unlockable too, and could scale the current unlock prices to compensate for it.

That still gives me the eternal problem that some real hardcore players can unlock it easily, and there is a danger that casual players are stuck unable to unlock parts of the game that they have, after all, paid for.

Ideally, the game would find some cunning way to scale honor so that this doesn’t happen, effectively giving away some bonus honor to any players that get really stuck. OR, I could add some totally superflous crap that can be unlocked with excess honor by the hardcore (maybe slightly different ship hulls, with no gameplay implications, or something else visual, maybe an icon for their profile name on submitted challenges?)

Anyway, it’s not an easy decision.

Many people on the interwebs get very upset that george Lucas uses a lot of transition effects in his films. They may be tacky, heck, they may even be ‘gratuitous’ but I always identify them with star wars, and thus SPACE BATTLES. So how could I not put them in the game? (I’m actually quite pleased with how it looks).

On an unrelated note, those nice people at EliteBastards (yes really), have done a writeup of the game:

I’ve decided to improve the challenge browser for the game before I release it. It looks a bit crap right now, and I’m currently thumbing through a bunch of server browser screenshots from other games to get inspiration.
So far my fave is this one: (overgrowth) 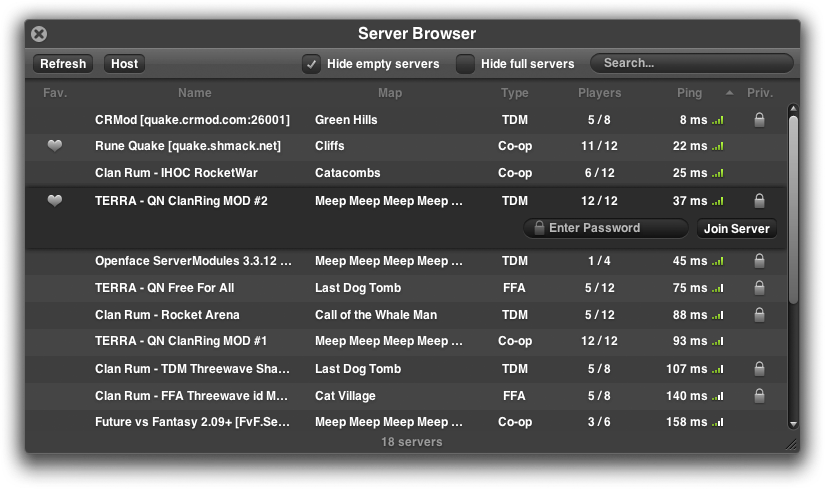 I wish I had a nice html style rendering UI that made this easy. Doing a whole game this size on your own is insane.