Here’s a screen shot of two of the ‘federation’ ships with their turrets attached. I have decided to ignore 3d renders for the ship turrets on the design screen and just re-use the gfx from the actual in-game. I think that’s more consistent and it was only adding a needless 3D look to a defiantly 2D game anyway.

One day I might be able to have designable ships where you can move cosmetic bits about, but because the sprites are actually 3D renders and use self-shadowing, that might be a bit problematic. Even placing turrets is pretty cool though. 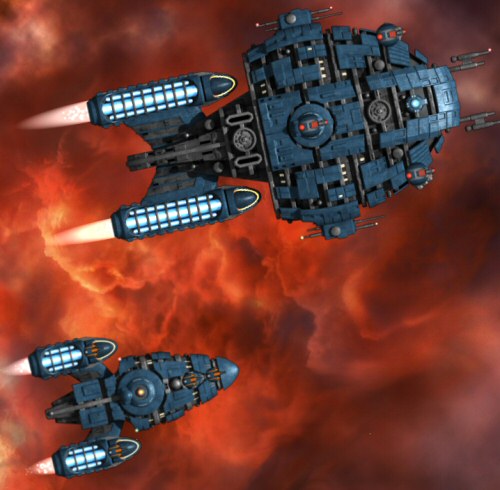 4 thoughts on Turrets in and working