Yay! Its the day when I can announce something we have kept secret, thus making the danger of accidental twitter leakage much lower. Today we announce a groovy expansion pack for Big Pharma called Marketing and Malpractice. Here is the rather groovy video:

And with much more information on the details of what is, and is not in the expansion, check out Tim’s blog post.

If you just want the raw facts, here we go:

Can it be true? sí se puede! (blame google for this). We have a new update for Big Pharma and it now has Spanish Language support (Translated properly, not by google :D). Woohoo! 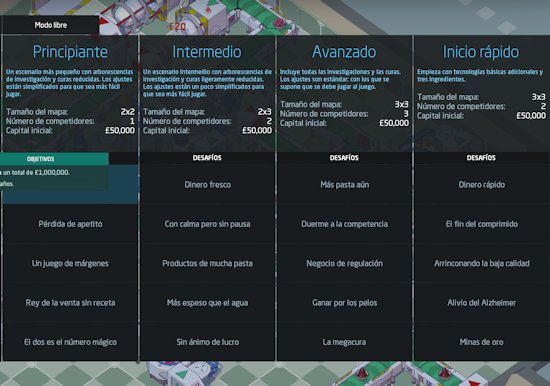 In addition to supporting a language now spoken by approximately 400 million people, Big Pharma build 1.04 also has this bunch of cool updates… (Thanks to tim for the list).

So lots for budding Martin Shkreli wannabes to get their teeth into! Hurrah! (Or you know…you can be ‘the good guy’ and concentrating on curing disease, its up to you :D. If you are enjoying Big Pharma and you bought it on steam, please leave us a positive steam review. Most people forget to do this, and it doesn’t have to be something Tolstoy would be proud of, a simple ‘yup its fun’ and a thumbs up makes me and Tim smile.

And if for some weird reason you don’t already have Big Pharma you can grab a copy from us with the button below, which gets you a DRM-free installer AND a lovely steam key (all 3 platforms):

For those who didn’t know, Big Pharma is Developed by Twice Circled, and published by us at positech. About two weeks before the game was launched on steam, we recorded a short interview with Tim about the game, and his influences and being an indie dev. Here it is, in all its high-def GLORY. And don’t forget to go buy the game at www.bigpharmagame.com

Big Pharma is selling really well, as I hoped it would. It definitely scratches that tycoon/management/strategy itch and makes me think of Rollercoaster Tycoon and similar games. I suspect its going to be pretty popular on youtube once a few big name lets-players notice it :D.

So its that day! The lab management/strategy game Big Pharma, developed by Twice Circled and published by Positech Games is officially released. woohoo! Its now playable in English, German and French on Windows/OSX and Linux. Plus you can now grab it from Steam as well as the Humble Store as well as GoG or direct from us. Hurrah!

Games take a long time to make, and a lot of work, blood, sweat, tears, and debugging. The first time the phrase ‘Big Pharma’ was used between us was on 21st February 2014, and we were going back on forth on ideas and names before then, so its at least eighteen months in development. That may not sound long by the standards of Duke Nukem et al, but it is a long time to stay focused on one game as an indie. Hopefully its going to pay off :D

I’ve released a lot of games, I’ve been doing this for ages, and am in a lucky position that if a game doesn’t do well, I can shake it off, at least theoretically. However, emotionally, you always get wrapped up in anything you work on. Although this is Tims design & code, I also feel like I’ve nailed my name to it quite brightly and obviously. Publishing a game is a bit like getting up on stage in front of 10,000 or 100,000 people and shouting ‘I think this is awesome! whose with me?’, and then waiting to see who cheers. Kinda scary.

Its even more scary these days because most games sales figures are ‘more-or-less’ public on steamspy, and you can see how well a game is doing. Other stores are available, and there is a margin for error…but even so… 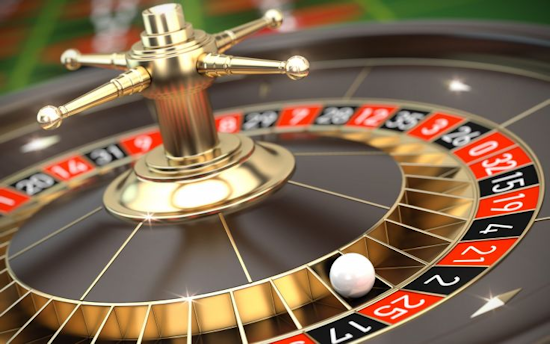 One of the scariest things about shipping a game as a publisher is that you have basically placed a bet of somewhere north of a hundred thousand dollars on someone you met 18 months ago…and then on release day, with no guarantee that it was a good bet, you have to double-down on that bet and spend MORE money letting people know about the game, with ads etc. The REALLY scary thing about being an independently owned publisher is that this isn’t shareholders money, its MINE. If I fuck up, I could not only look stupid, but have just lost a bucketful of money as well. This is something that I think British people take to heart more than Americans. In the USA failure is ‘a step on the ladder to success’. in the UK its just failure.

Thankfully Big Pharma is a fucking excellent game that I am myself totally addicted to. I suspect it will do just fine :D.

One of the best things about the indie dev community is that you get to meet a lot of people from all over the place who wouldn’t otherwise necessarily meet. You can be an indie dev living anywhere (although its harder some places than others), and more than ever before, they come from different backgrounds. I find people pretty interesting (ok, I find 0.1% of people interesting), and I do find myself doing a bit of pop-sciency amateurish analysis of people. When you do this with creative people it gets rather fun. 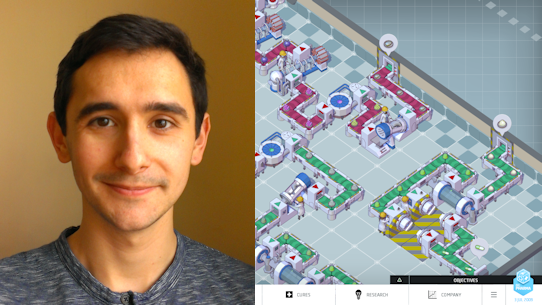 When you play Gratuitous Space Battles 2, thats me. If you haven’t met me, just watch a few minutes of the battles and listen to the music. Thats me. Thats what my brain and my soul is like. it’s lots of explosions and power and drama and a voice shouting ARGHHHHHHHH at a billion decibels whilst smashing things. The game is dark, over-complex, ambitious and pushy. Cliff made a game about destroying everything. 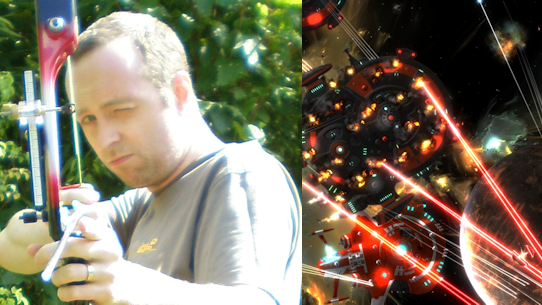 It’s kinda funny how games made by just one person really are a window into their soul, and their personality. Mike Bithel basically is Thomas Was Alone. If you introduced me to a random line up of 100 game developers I’d never met, and told me one of them did a game about repressed rectangles with feelings, I’d know it was Mike. And after playing TWA, I know mike probably reads the guardian and is a vegetarian. Mike made a game about friendship. 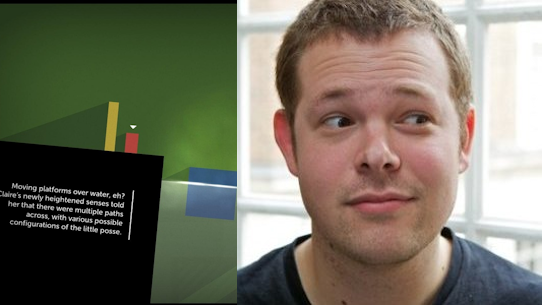 And this is awesome. It means that entertainment really is connecting us to people. That gives us empathy, and opens our mind in the way that ‘committee design’ never can. I have no idea who the designer of the Battlefield 4 games is. I imagine its probably Tom Clancy, more likely a committee of people with a tom clancy design manual. Who knows.

In any case, I think it is really good when games have personality. The absence of it definitely feels bad, like a farmville clone (or for that matter the original) designed mostly by people in the PR and accountancy department. The best artistic design is done by slightly crazy people who are drunk/drugged/suffering in some way, which drives them to think of things other people would not.

Don’t do your game design by committee, or with a spreadsheet. Let it just flow from your soul. If that means your games are downbeat, or dark, or whatever then thats fine too. Better to be dark than to be fake.