I released a patch for production line recently, then found a minor save game bug that I patched right away. There is a long list of stuff we improved and added and changed, so here is the full list:

[version 1.27]
1) [Design] Touchscreen is now an upgrade for fit dashboard instead of fit electronics.
2) [Bug] Fixed bug where the AI would be very reluctant to research air conditioning or polished paintwork.
3) [Bug] Placing facilities and slots is now correctly recorded as a capital expenditure in expenses charts.
4) [Bug] Bubble next to car sales icon now expands to show numbers greater than 999 correctly.
5) [Bug] Fixed visual bug where scrolling in the sales showroom resulted in invisible cars.
6) [Balance] Research costs of some later-game research items have been increased.
7) [GUI] Various improvements to the style scheduler window.
8) [Feature] Marketing campaigns can now be launched to boost brand awareness, and thus visits to the showrooms.
9) [Bug] Fixed crash bug if the game autosaves within a minute of a manual save, the next time the save dialog was launched.
10) [Bug] Fixed bug in slot-picker where expand icon buttons (+/-) would not unlock when research triggered if slot picker was open.
11) [Bug] Fixed bug where the market screen doesnt show the correct market segment of cars until you have viewed them in the car design screen.
12) [Bug] Fixed bug where cars would have a red error message on them if the next slot was a really long conveyor journey away.
13) [GUI] The style scheduler at the start of the production line now lets you edit existing quantities of entries.
14) [Feature] Wingmirrors can now be manufactured, and also have folding and heated upgrades.
15) [Balance] Costs of wingmirrors and alloy wheels has gone up. Making alloy wheels requires more steel.Keyless entry worth more, requires 2 chips.
16) [Balance] Resource prices are now affected by demand from AI competitors.
17) [Balance] Crossing up to a new price category now produces a ‘bump’ in value which prevents pricing anomalies.
18) [Tutorial] New pop-up explains what to do when you have researched a new body style.
19) [Balance] Increased price of last robot upgrade so its less of a no-brainer upgrade. Also slight increase in power-draw.
20) [Feature] Offices (marketing and research) can now only be placed in office areas zoned on the map. Non office items cannot be placed there.

There is some cool stuff in there, and I think that 8) is a big change (ooh look! actual marketing!) and 14 adds new stuff to research and play with, plus the combination of 16),17) and 19 is actually pretty vital (and much needed) to increase the extent to which the long term game is balanced. The game has definitely tended towards easy, with cash becoming a non-problem once you have put a good few hours in and done half or most of the tech upgrades. balancing a game is hard, and a constantly moving target as new features and bug fixes go in, so this is something I will have to constantly revisit.

However, probably the biggest obvious gameplay change in there is that last one, which frankly was a last-minute decision to add. (I have mused on the mechanic for a while, but made a last minute decision to actually include it now rather than later). 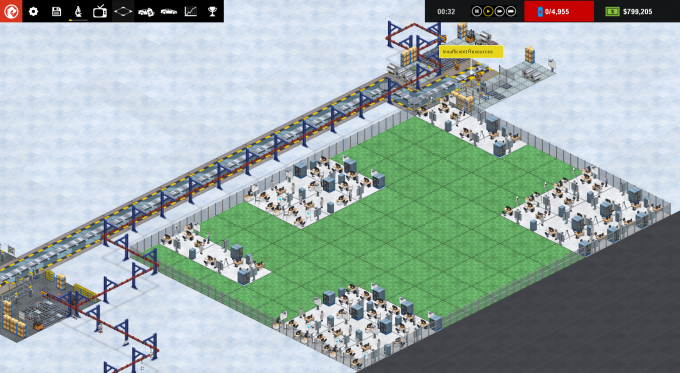 Basically the old game let you slap down a research office or marketing office anywhere on the map. The new game sets aside dedicated office space which cannot be moved or expanded. Nor can you build production stuff in there. It adds a new restriction on the game which may annoy existing players used to the free-form style of the previous version. So why did I do it?

Its always going to be difficult making a gameplay change during early access. So far I haven’t got any angry shouts at me, and we have over 20,000 players, so that looks like its a good sign. I *do* need to include a LOT more tutorial hints as to what is going on, as its not explained at all, but I think in the long run, the effect this change will have will be seen as positive for the experience of the game. I guess only time, and checking of forums, reddit, twitter and facebook posts (and blog comments) will really tell. I expected more outcry YTBH, so it seems things are going well (or people upgrading slowly :D).

In unrelated news my construction hat for my EGX booth is now here, along with Production Line stickers :D 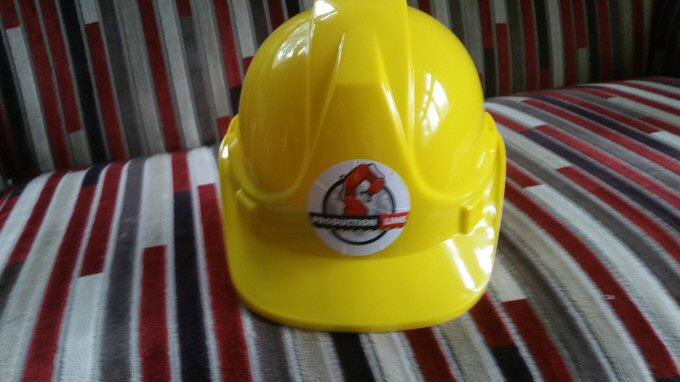