One of the things that GSB lacked, was visual unit customisation. You could customise the hell out of your ships, and that worked great, and of course people loved it, but aside from the visual deployment and choice of hulls, one GSB challenge pretty much looked superficially like another. In terms of holy grail, a system like that used to build ships in Galactic Civilisations 2, combined with the GSB engine would have pretty much kicked ass.

Sadly, that is not what I’m working on.

However, I am at pains, in the mystery new game, to ensure that people get a chance to customise their forces (yes there are forces…) so that they look at least slightly different and personal. I wanted, in my minds eye an incredibly modular system of putting together sprites to build things, but although it sounds great, it’s insanely difficult in practice, without severely crimping the art style. This is one of those phenomena that you only really encounter when you MAKE a game, rather than being a frustrated designer. No game design survives contact with the programmers, and the artists.

The system I have ended up with, and I really need to move on, so it’s the final system now… Is one where units have a basic design, and then a large number of variants. In GSB terms, it would be like picking an imperial centurion cruiser, but then picking variant_d, which has a different look, in terms of weapon attachment points or engines. New graphics cost money,  but no more programmer design or effort, so once the system is in place that makes ‘imperial centurion cruiser’ work, then adding  few new variants based on new engine styles is easy, and has no gameplay balance impact at all.

Hopefully this will mean the game has a lot of unit combinations visually, if sadly not complete freedom. There will also be an opportunity to pick unit colors in pretty fine and cool detail.

Ready for another clue? here it is… 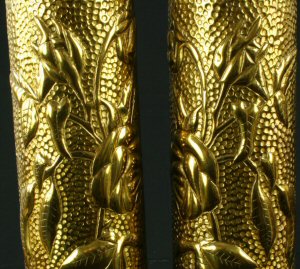 7 thoughts on Unit Variants and next game clue#4