Glossy and not glossy car paint in Production Line

I was never convinced that the cars in Production line looked shiny enough. The average car on the average street looks…ok, but when a car is BRAND NEW, they look insanely polished and shiny, and I think that we were not achieving that in the game until recently.

Some messing around with re-rendering off images, and some adjustment of shaders and some code has allowed me to produce the following images, which I’m happy with, although I may end up toning them down ‘a bit’. (its a shader where I can easily adjust the strength downwards a bit).

Exhibit A is a car that is still being assembled. Structural bits are matte, and the final external panels are a bit shiny, because they are brand new shiny steel/aluminium: 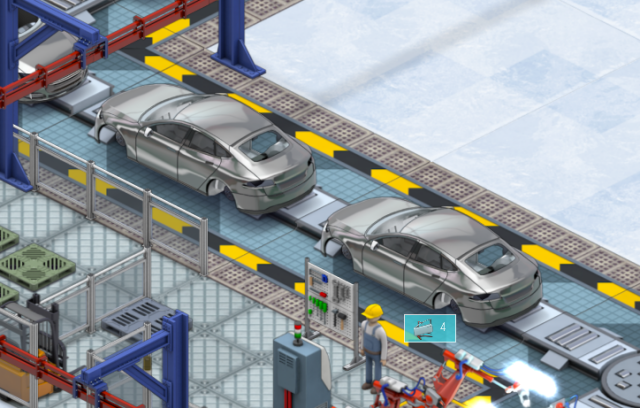 Exhibit B is a car that has received an undercoat. Currently this is way too dark, so I’ll be adjusting that to be much lighter: 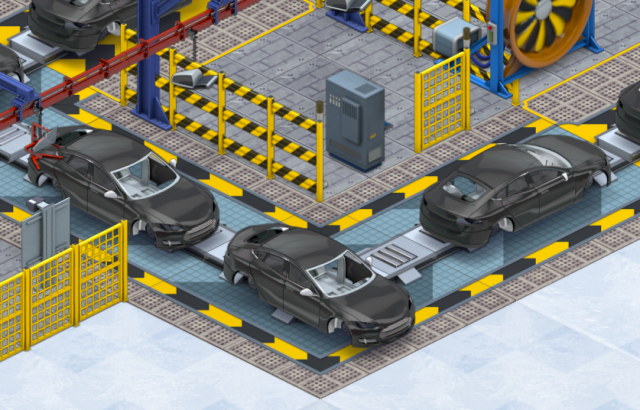 Exhibit C is a car with its final coat of colored paint. This is a standard car: 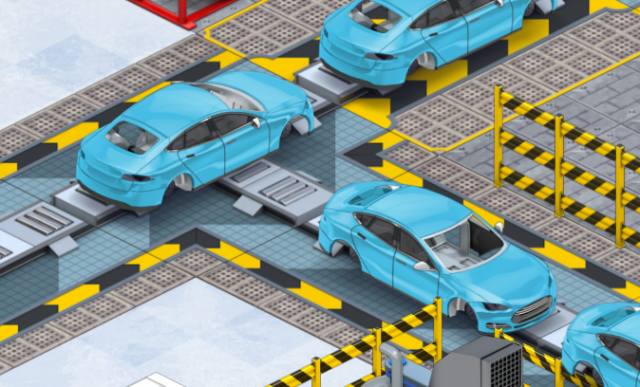 Exhibit D is a car that has had the ‘polished paintwork’ feature researched and applied to it, so it looks extra shiny: I may adjust these a bit, depending on feedback. Interestingly I asked a lot of people for their opinions and although a lot of people on twitter preferred an unglossy look, the players of the game on my facebook page tended to prefer a more glossy look, so obviously those people are my priority. I also still intend to maintain the ‘glossy cars’ option so players can just toggle off the shader entirely if they dont like it. The cars will still look a bit glossy, because its baked into the textures, but it wwill tend towards the look of the undecorated cars (matte) rather than the glossy or super glossy.

Open top sports cars with gold plated wheels are going to look super over the top :D. (and they should be for the price).