I see a lot of pitches that contain budgets, I also read a lot of post mortems. Some of them make me laugh, some make me cry, some of them actually make me irrationally angry about how badly wrong they can be. Just in case you are too busy to read this blog, here is the TL;DR:

The cost of your office chair is not contained entirely within your budget for fucks sake.

And yes…this comes from ME the person who famously argued (seriously) that everyone making an indie game should buy (second hand if necessary, mine was ex-display) a Herman Miller Aeron ultimate office chair. (I paid £800).

I see a lot of budgets that look like this:

I don’t reply, but if I did, it would involve swear words and lots of capital letters. Why? Lets look at it like this shall we? I need a new boiler fitted (I don’t…but lets indulge in the willing suspension of disbelief for storytelling purposes). I phone around and ask for quotes from some plumbers. Here is a sample quote: 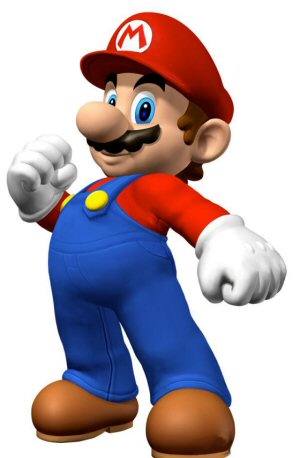 Aha! hold on! we have just realised how totally flipping insane this is haven’t we? Please tell me its obvious…please tell me I’m not the crazy one here? I’m literally begging you. The chair I am sat on typing this is the chair I bought shortly after moving house about 6 years ago. its the chair I coded all the DLC for Gratuitous Space Battles in, also the chair I made Democracy 3, Democracy 3:Africa, Democracy 3’s DLC, Gratuitous Space Battles 2, Gratuitous Tank Battles, and the chair I published Big Pharma and Redshirt from. Its the chair I’m coding for Production Line from. Have I made my point? I hope so. Also its as good as new, I suspect I’m less than half way through this chairs working life. My per-game costs for this chair are probably about £50, of the £800 I invested in it.

Depreciation and Capital Investment are things. If you want a publisher to invest money in you, you MUST at least understand them as vague concepts. Also…fuck publishing, if you are starting in a career as an indie developer (or anything!) you have to understand them. You have to understand investment, you have to understand the long term. It seems a growing number of people are attracted to the ‘romance’ (ha!) of being an entrepreneur, without any willingness to understand what it really means. There are also a LOT of wannabe game developers who think ‘paying your dues’ is something that happens to other people, or only in the movies. While I am annoying and offending everyone, lets go the whole hog and share some realities:

Reality Check #1: You having graduated with a degree in Computer Science does not mean you are gods gift to programming. You will be VERY VERY lucky to get a junior coders job fixing bugs in the tools. Expect to do that for at least a year.

Reality Check #2: Its quite practical to employ programmers on the other side of the planet, even without meeting them. I’ve never met half of the Squeaky Wheel team, and they did a great job. Your competition is global, not the other guys/girls in town.

Remind me why a studio based in Silicon Valley, made up of young (inexperienced) recent graduates is a better bet for making commercially successful indie games than…I dunno ANYWHERE else on the planet? Oh and by the way, pointing out that health insurance costs are expensive in the US just makes the case for hiring someone from Europe/rest-of-world even stronger.

I know I’m coming across as one of the famous monty python yorkshiremen sketch members..but jesus christ on a bike, why are so many people expecting to walk straight out of college in the west coast of the US straight into a middle class income in a much-desired profession without so much as breaking a sweat? Frankly, even if you DO have skills that are awesome enough to compete with the price differential against coders in other locations, I’d STILL prefer someone who had struggled, and was ‘hungry’ for success than someone who just ‘expected’ it.

I feel that generally there is a vast discrepancy between the income/lifestyle that many recent graduates ‘expect’ and the lifestyle & income they will actually get. I never expected to earn a tenth (seriously) of what I do now, and that’s why I still work as hard now as I did back then. I’m used to expecting to have to work my nuts off to stay in the industry and keep my head above water. Why am I MORE paranoid about competition that many people who are so new to the industry?

When I started as a programmer, There was way less domestic competition, international competition was very low, we had little competition from serious middleware (most studios made their own engine), and nobody thought the industry was a path to riches. It was still VERY hard to get a job, and my first job was indeed…tools programming,  and I had to commute four hours a day (yes…four) to get to and from that job, to earn HALF what I’d earned a year before working in IT support. Just because people like me, who have been coding for 36 years (yes really) and released over a dozen games have nice flash cars doesn’t mean you get awarded one on your first day in the industry.

TL;DR: Your salary expectations are very high, and you need to google ‘depreciation’ and ‘investment’.

11 thoughts on Why your indie budget calculations are massively, stupidly WRONG on every level.