Tada! Hot on the heels of revealing Political Animals, I can now start talking about what I have actually been coding myself. (yes I remember how to code!) For quite a while (about six months), I’ve been tinkering with the idea of adding a new expansion to Democracy 3 that deals with the elections side of the game in greater depth. The result is finally something I’ll start talking about and reasonably enough, I’ve decided to call it… 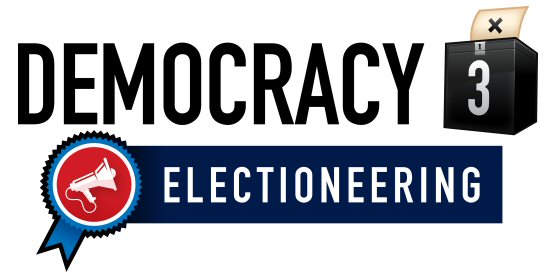 Yay! New stuff! For a long time, the Democracy games have basically been ‘government’ games, not election games. Making electioneering work in the context of Democracy 3 was not easy, because frankly every country has a very different electoral process, and electoral system. The US is NOTHING like the UK (We don’t have primaries or caucuses, for starters), and the way elections are fought is very different over the various countries that Democracy 3 models. (Another example: in the UK we have no political TV advertising).  Eventually, I decided to take a few key areas of the election process, the ones that seemed universal, and model those, whilst letting the actual ‘mechanics’ of how an election is fought to remain abstract. 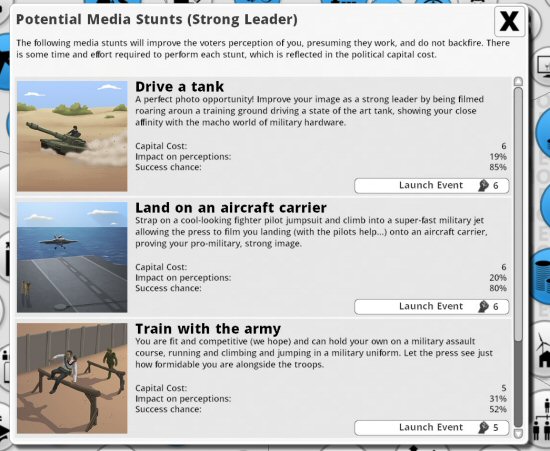 The elements I thought really represented electioneering were fundraising, speeches, manifestos and perceptions. I’ll quickly outline how each works, but I’ll be doing videos to explain them over the next few weeks.

Added to that, I’ve revamped the election screen for the DLC, and its way more jazzy now :D. 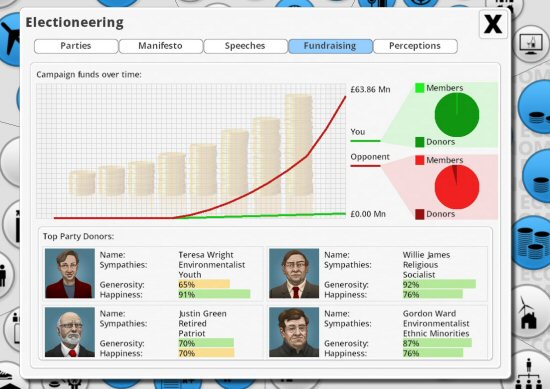 Anyway… I’ll be blogging, mostly in video form, about these new features over the next few weeks, and asking peoples opinions while I try to balance the DLC. I’ll probably grab a small group of keen D3 players to try out the DLC ahead of time, and then it will be release time. Wahey! Its feature complete and AFAIK bug-free already, I just anticipate a month or so of balancing and tweaking to get things just right.

Press people should be aware we have a website for the DLC already, release date is (Probably) Late July 2016, and I’m hoping for it to work on PC/OSX maybe Linux, and with a prevailing wind, it should also work with Democracy 3:Africa. Press people who are looking for an ‘angle’ might be aware that the UK has an upcoming referendum and the US has an upcoming election. WHAT A COINCIDENCE.

BTW we already have a steam coming soon page for the DLC. Feel free to wishlist it.

BTW I will be tweeting about this, and facebooking blah blah, but if anyone thinks this news is worthy of some social media submissions and love, I really appreciate it!