Lets say I wanted to introduce the concept of spin, and media campaigning into a political strategy game (hypothetically).

I put to you the following conjectures:

Now I am talking about the greater STATISTICAL model here. I am not saying that all rich people are well educated, that ll poor people are badly educated, or that all well-educated people are like spock and can see through the spin, whereas all poorly educated people are gullible fools who swallow party-propaganda without question. There are MANY MANY exceptions, of course. What I am asking you is this… is there a correlation (maybe a weak one, affecting maybe 10% of the vote) in these values? 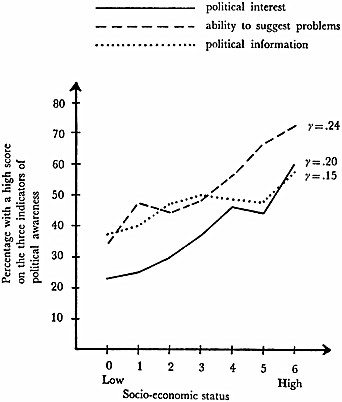 So is it not fair to suggest therefore a link between an individuals income and their level of political awareness? And as income affects education, should overall education not be a factor?

To put things in more crude terms, here are some yes/no questions:

A) If we spent a lot more on education in any given country, would that increase the extent to which people made informed decisions on political policies rather than voted for trivial/superficial reasons?

Be VERY careful. Almost everyone thinks ads don’t affect them, and they are all wrong, but I suggest that if the ONLY information you have about the policies of (for example) Clinton or Trump is from political ads, then you are more swayed by such techniques, whereas if you read 3 different serious newspapers, watch different TV news stations and are well-educated on the topics of politics and economics, are you not better placed to overcome the effects of those ads with your own internal thoughts?

Basically if I add a correlation between the susceptibility of voters to electioneering and their income, and skew all of this by the countries state of education, is that a fair link to make? or is it elitist bollocks? :D  I need your opinions. Supporting studies and charts are vastly interesting too!

8 Responses to “Political awareness vs income and education (Democracy 3)”