I used to work at Elixir, famous for ‘Evil genius’ but also famous because two of the founders went off to start DeepMind, and become world famous AI gods. Anyway… when I was recruited there, I was surrounded by maths experts, people with AI phds and generally people smarter academically than me. I am pretty sure the reason i was hired was because unlike the majority of the coders there, I had finished a bunch of games already. Back then, most games got canned, or went on forever. Nobody shipped anything. Knowing how to ship was helpful. 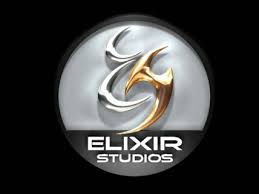 The development schedules of most indie games amaze and astound me. Admittedly, I’ve been working on games a long time (I started coding 35 years ago) so I am pretty experienced, and probably work at a faster rate than most, but even so, I read about some indie games and find myself thinking ‘seriously, it still hasn’t shipped?’.

I’m not talking about those cunning indie hits like Prison Architect, which was such a dam-bursting vortex of sales in Early Access, that it made practical sense to keep it in development. I’m generally talking about the smaller games, and almost always peoples ‘first game’.

There are many reasons someones first game goes on forever, some of them technical, just a lack of experience meaning everything is being done for the first time and thus there are no shortcuts, you have to learn it all, and naturally your efficiency is lower. You may also be doing it (if you are sensible) part time with a day job paying the bills (not to mention the development cost), so you don’t have enough time to dedicate to it, and there is an inefficiency that creeps in when you work an hour a day, in short bursts. However, fundamentally, I think the problems tend to be psychological.

One reason is that people are terrified of criticism. When you are ‘working on’ your game, you can deflect all criticism with ‘thats placeholder’ ‘its not finished’ ‘this is just alpha’ and so on. Once you metaphorically stick it in a box on a shelf, you are saying ‘I made that, what do you think?’. Its kind of like standing naked and asking people to hold up score cards (I’m guessing…). Releasing a game means you run out of excuses and have to stand by your decisions. Thats scary. Especially if you have never worked alone before, and have NOBODY to shift blame onto.

Another reason is the inability to compromise on quality. This is the big one. All games are imperfect upon release. All of them. Its a fact, deal with it. So are all books, all plays, all movies, and everything ever made. Star Wars was the most successful film ever made, and was so flawed on release the director famously kept tweaking it decades later. ‘Revised and updated’ often appears in text books, and I lose track of how many ‘directors cuts’ and ‘special editions’ there are of Lord of the Rings.

Ultimately you make commercial games to entertain people and to pay the bills. An unreleased game achieves neither. The worst, crappiest, half-assed bug-ridden unoriginal games released on PC are more successful than all those indie games that are stuck in perpetual development, because they are actually out there, being enjoyed. I’ve never once shipped a game and thought ‘this is absolute perfection’, because that way lies madness.

Now don’t get me wrong, some games definitely ship too early. Some games are unplayable on release with game breaking bugs, and gameplay flaws, and other inexcusable crap. This isn’t what I advocate AT ALL. Your game should be finished, polished, balanced and tested before release, obviously. But that doesn’t mean it contains every feature imaginable. It doesn’t mean that you change engine three times during development because you absolutely *MUST* have that latest shader tech.

I honestly believe that there is an optimum development length for games, which will vary based on the game genre and the team, but I’m guessing its 18 months or less. For eighteen months you can retain your excitement at the original idea. The same team can tolerate working together. Tech will not advance *too* much. Press who cover the game’s announcement will still be vaguely interested when it releases. Game tastes will not change *that* much, and the temptation to completely rewrite the design or art style is lessened because there simply isn’t time. If you are making an indie game full-time and you are beyond 18 months development, ask yourself if you are really doing this as a sensible, managed project with a ship date, or just indulging yourself and putting off opening up your creative heart to the world.

Wow…its been a busy week, what with the PC Gamer weekender, and much other stuff, but somehow in all this I found time to bring peace and prosperity (also environmental chaos and fiscal ruin) to Botswana. All hail me:

I’m having more and more fun doing these kind of ‘lets play’ style developer blog things, and as my internet access in this barren field gradually limps towards acceptable speeds, uploading them isn’t the soul destroying nightmare that it once was. I still think I have a voice worthy only of silent movies though. Hope you enjoy the video, and expect much more news on Democracy 3 Africa in the next few weeks. Oh yes…we are definitely getting closer.