Indie publishing of redshirt (One month into release)

So for those who don’t know, I am primarily a game developer, but I also published a game by another indie called Redshirt. I didn’t write a single line of code, as I recall, although I played it a LOT, and sent a lot of emails, and filled out a lot of spreadsheets and forms :D So the game has been on sale a while now, how has it gone so far?

Well the main thing is that the game shipped! Yay! it was pretty badly behind schedule, for all sorts of reasons, and took much longer to make than expected. The good news from my POV is that didn’t really matter. I was funding Redshirt from the profits of Gratuitous Space Battles and Gratuitous Tank Battles, so I wasn’t ‘in debt’ to fund a game that then overran, which would have been stressful. The only real downside to the game shipping late from my POV was that it clashed horrendously with the release of Democracy 3. This was a pain because it meant constantly context-switching between promoting two different games at once, and meant I spent a lot of time staring at emails from review sites thinking ‘what games am I sending them again?’ which is definitely a new thing for me.

I’d say that the hardest things about the publishing experience was the grey-areas surrounding design and polish. I’m a bit obsessed with game polish, and this is something that happens right at the end. At that point all you want to do is SHIP IT, and only a *lot* of experience allows you to sit back and go ‘no, actually we should re-do all these buttons again’, and know that it will be worth it. Because the developer (Mitu, from the tiniest shark) hadn’t worked on game projects this long before, there was a tug of war between her naturally wanting to finally finish the thing and me constantly going ‘no I think we need to tweak that again’, which almost certainly drove her nuts :D.

The good thing is, This wasn’t a make-or-break project for my company, so I could be fairly relaxed about it, unlike a big faceless publisher that wants to maximize it’s ROI and frankly doesn’t care if it drives everyone on the developers staff to a nervous breakdown or marital breakup. There was no point in being an indie publisher if I wasn’t happy to do things differently, and more reasonably.

The other grey-area was design. Mitu definitely designed and made the game. it was her idea. The trouble is, I’m a game designer by trade, so naturally whenever I’d check over a build at a milestone, I’d be frothing with a lot of ‘it would be better if you dumped this feature and added this other thing’, and to be honest, I *still* don’t really know where you draw that sensible line between ‘hands-off publisher’ and ‘creative partnership’. This is probably the hardest thing about publishing someone else’s game.

I’ve been in heavy metal bands, and the amount of intra-band argument and ‘creative differences’ you get in a band is HUGE, but at least in a band (an amateurish one), there isn’t a debate about money in there (even an unspoken one). Nobody in a band has any ‘power’ over anyone else. Everyone needs everyone else. The situation as indie publisher vs developer is different.

I’ll be honest, we never talked this through enough when setting up the deal, but I was always internally rocked by a struggle between ‘I think we should change this, and I’m the guy putting up the money’ vs ‘This is not your game cliff. You need to trust the person who has the creative vision’. This is a real dilemma, and you don’t see it coming. My understanding of the movie world is that the ‘producer’ handles this. He acts as a firewall between the studio and the director to prevent them coming to blows. We didn’t have that, just lots of nail biting and chin stroking by me wondering whether I should suggest X or not. Again, an evil money-obsessed publisher wouldn’t have let this bother them, but I did :D. Without getting all sinister sounding, I am aware that in the modern world money = power. Like it or not, I was the one with financial leverage in a situation with someone I was creatively co-operating with. It’s kinda strange.

Anyway, this all makes it sound like an emotional/business nightmare, but it really wasn’t. It was great fun. I found it a bit stressful, because I was new to publishing. Doubtless Mitu found it stressful too!. Now the game has shipped, I feel very proud of the fact that I published a game by another indie game developer. I would very possibly do it again, given the *right* game and the *right* developer (very very hard to find).

So because I’m me, and probably attract blog readers like me, you are probably thinking ‘yeah yeah, emotions blah blah, did it make money?’. :D 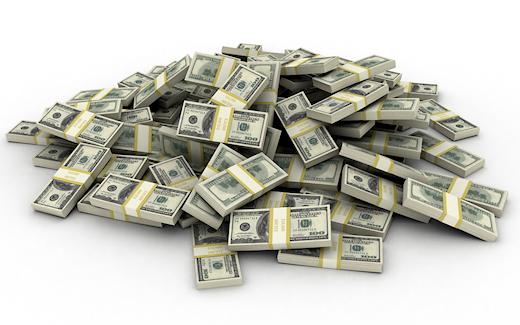 The short answer is yes. I’ve made a decent return on my investment, although I didn’t calculate my time, which was quite a lot. However, even given some suitable allocation of cost for my time, I think it will make me a profit by January, and a decent return on investment by the middle of next year. The game has not been on sale long, or bundled, or discounted beyond 25%, so there is every likelihood that there is ‘unrealized potential’ there in terms of sales at lower prices. We priced the game on release at $19.95.

For those interested in hard facts, The game was technically in profit in the first week(excluding my time). 21.8% of it’s income has come from direct sales, the rest from GoG, Steam and the MacGameStore. It was only released on the Apple App Store yesterday. Of the total cost of the game (which was mid 5 figures dollars), 19% was spent on marketing, the rest was contractors and development. The majority of the contracting cost was GUI art, as you would expect. The majority of our marketing budget was Facebook, attending Rezzed and Eurogamer and ComicCon. Those events were also very beneficial in terms of usability testing.

So there you have it. Indies publishing indies. A good thing on the whole. Anything that stops people going to banks or big evil megacorps is always good :D

8 Responses to “Indie publishing of redshirt (One month into release)”