Back on the IPAD -> Gratuitous Pad Battles!

Ok, so after hurriedly yanking a slightly buggy version of GSB from the apple app-store, the IPAD version of GSB is back on sale and you can all go rush out and throw money at it right now. Hurrah! Here it is:

(The expansion packs in the PC version will end up being added at some stage. The campaign add-on won’t make it to ipad, it’s just insanely big and complex and involved and not pad-friendly) 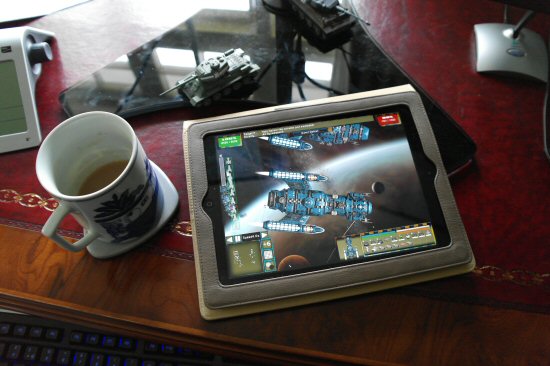 Here are a few lessons learned from the ipad experience thus far:

1) The ipad has hardly any memory. Developing on PC, then squeezing it onto ipad is seriously hard!

2) A game where you zoom in and out and drag stuff around is really cool to play on the ipad. It feels very l33t.

3) There seems to be basically no way to get any attention on the app store unless apple chooses you. Admit it, you all only found GSB by searching.  Even the category search function seems broken on my ipad 2. It’s a trainwreck, compared to other portals.

If you are a high-powered famous and influential mac-blog-owner or reviewer with a bazillion readers, and you have NOT got a press-review copy of GSB on ipad, just email me, and I will see what I can do.

In other news…. very close to setting the GTB release date now. It will also be on GamersGate, Impulse and Steam. Yay!

7 Responses to “Back on the IPAD -> Gratuitous Pad Battles!”