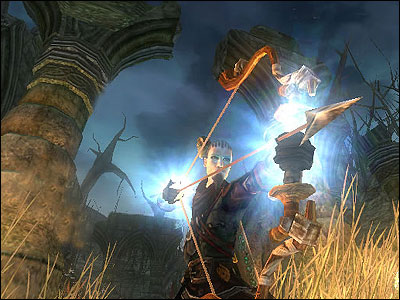 I haven’t treated myself to any geek purchases for as long as I can remember. i was waiting till I finished Kudos 2, and then combining that with my recently passed birthday, I think I can justify splashing out.

The thing is, I am a man of simple needs. The only things I want to buy are

the first two are out of the question because they cost tons of money and I don’t have much, but the monitor is a possibility. The problem is, there really is nothing much wrong with my current one (a  19″ iiyama one)

So there is the option if buying a newer, bigger one, probably a 24″ widescreen one like a mate of mine got recently. This would mean a bigger screen res and desktop, which could in theory be handy for coding, and could in theory make games look mroe awesome. But Do I really NEED it? Is it not a bit gratuitous to buy one when I already have a working one sat here on my desk.

A new monitor is about £260 here. And it’s a business expense, and I’d claim the VAT back, so it’s slightly cheaper than that. On the one hand, it’s not a lot of money, on the other hand it’s profits from over 26 games!

Anyone here gone from a 19″ monitor to a 24″ widescreen one and gone OMFGZ! TEH AWESOME!?

talk me into/out of it…

According to World Of Goo makers 2DBoy:

And yet, despite this, I’ve been reading comments on the web where people are hurling abuse at them. These are likely from people who pirated the game anyway.

So these guys worked hard over 2 years (AFAIK) to make one of the best original indie games of the year, released it with a demo and no DRM at a good price, and then happened to mention in a comments thread once that 82% of the players stole their hard work, and yet they get insulted and abused for mentioning it.

I’m sick of the attitude of some PC Gamers. Carry on pirating if you insist, but don’t have the cheek to hurl abuse at the people you are stealing from. As usual for daring to suggest something be done about piracy, I got a load of sarcastic insults and abuse from internet trolls today too.

Seriously kids, grow up and get a job, then see how you feel when people take your work for free…

I just wrote a post-mortem of Kudos 2, and am hoping some people might read it :D

(please digg it if you have a digg account, they are free!). Thanks!

I’ve spent part of today tweaking the upsell for Kudos 2 today. The ‘Upsell’ is the efforts the demo makes to get you to buy the full copy. The original demo was pretty lacklustre in that there was a nag screen that had a default background with some screenshots from the game, and it basically said “please buy it”.

I figured I could do better than that, and in a flash of inspiration I replaced the default avatar on the upsell screen with the players actual avatar they used in the demo. Then, instead of the text saying ‘would your character have done well?” it uses their name, so it’s ‘would bill have done well?’ etc.

I also added a quote from a review of the game that was massively positive, to remind people how great the game is :D and I enclosed the upsell text in a nicer formatted white window so it looks much more polished.

Then I ditched the default, fixed screenshots and replaced them with 3 dynamic ones, where they constantly cycle through a total of 9 upsell screenshots, cross fading between them and thus adding some minor movement and animation (in some ways) to an otherwise boring upsell screen.

It won’t double conversion rates, but it can’t do any harm.

Also, I replied to an email about a potentially important deal for the game today. You have to make some pretty big guesses in my job. When people say “how much for the rights to X” you have to really stroke your chin and think about the right figure. At the end of the day, it’s a bit of a guess…