Tomorrow at 5pM GMT We release the latest positech-published game ‘Shadowhand‘ to the world, on steam, humble store, GoG and direct from our site at www.shadowhandgame.com. This is a scary time. The game has been longer in development than we planned, and this screwed up our timing a bit regarding PR, but ultimately I think its all going to work out because the final product is just so good. It definitely has that ‘one more game’ feel to it, and despite being married to a game designer, this is the ONLY game where my wife has been saying ‘lets just play one more level’ while I’m saying I NEED SLEEP NOW. This is a good sign. (Not that I’m annoyed that this wasn’t the response to my BAFTA-NOMINATED strategy epic Democracy 3…oh no…)

This is also the first game that positech will ‘release’ (if you ignore early access for production line) during the so-called ‘indie apocalypse’, where new games face incredibly high competition, and income from games has been falling at an alarming rate. Thankfully, due to past successes, positech is in no danger of suddenly having to flip burgers if nobody buys the game, but its still a tense moment to have invested a sizeable sum over years and finding out almost immediately if its paid off. Also its the first big step for Grey Alien games into the hardcore / steam game market and is obviously pretty career defining for these two: 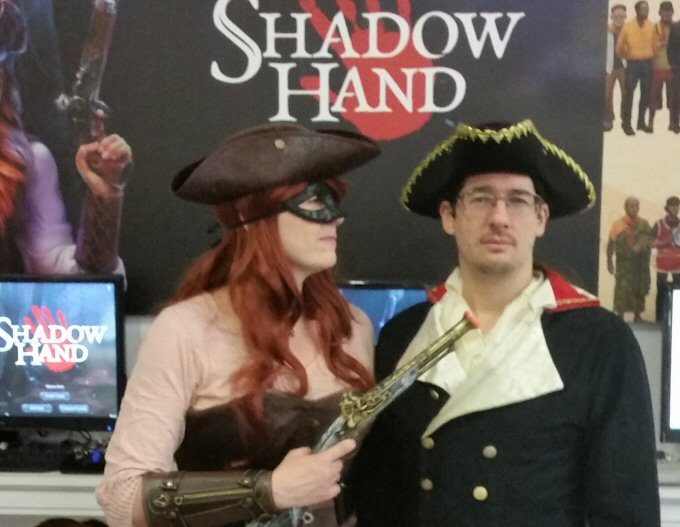 Ultimately I think it will do well, because of play-time, and steam reviews. A game that people cannot put down, and which when asked, they say they loved is a game that *will* be a success. You can use advertising and PR as a multiplier effect to snowball that, but ultimately we all know it comes down to the quality of the experience. I think the quality of the experience is very high here, and to explain why, I need to be shockingly honest…

I’m not a very good game designer. I’m really not. Ultimately I’m, more of a Peter Molyneux (there…I said it). I have very good, very original BIG PICTURE ideas about what to make a game about and what it will like. I also know how to sell it, and make a profit from it. You would think thats all you need, but honestly its not. You also have to know whether a French blunderbuss should do 9 damage or 11 damage, and how much gold a pair of boots that give +10 stealth should cost. is it 200 gold? or 250 gold?

I really suck at that. 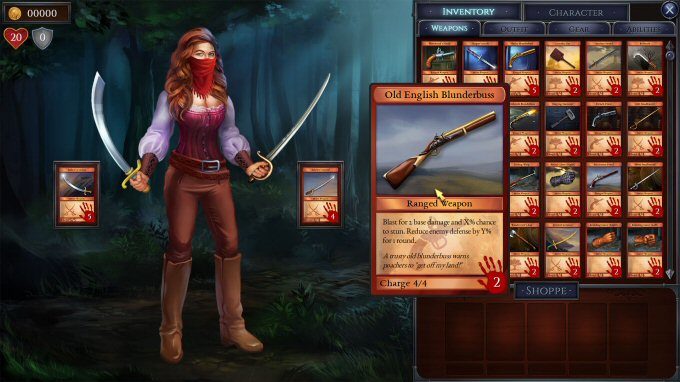 The amount of time I spent reading forum threads on Gratuitous Space Battles, with heated debates between players over whether some weapons or ships were under or overpowered, or whether or not restricting certain upgrades to a specific race was a really bad idea…is shocking. I was endlessly tweaking that game, and democracy 3, and also production line (although being in early access has been a GODSEND for this). Its only really in the last six months that I’ve really started learning how to get good at what you might call ‘low-level’ game design, the tweaking of the numbers and the arranging of the upgrades and the costs and the economy etc. This is a gargantuan task.

I mention all this because shadowhand does this stuff REALLY well. Much better than the other games I’m playing right now (like star wars battlefront). Also the interplay of the mechanics is REALLY clever. At the start of the game you think ‘ha! solitaire!…so just 1 higher or lower right?’ and then by the end mission your thought process is more like ‘I *could* play the 6, because I have a spare 7 (but should I save that for the next duel???) and the spare 7 lets me then play that 8, which will instantly power-up my musket…OR maybe I should play the 3, because thats a gem card which unlocks the gem lock on the card which i used my owl to detect is actually the torch to set the barrel alight and let me grab that smoke bomb…. hmm….’

In other words its as strategic as playing Civ V, and it really sneaks that up on you rather cleverly and expertly. Its extremely well done, and frankly I wish I’d made it.

I hope, and expect it will do well, but its kind of terrifying because frankly if it does NOT do well, something’s kinda going wrong. Anyway, you can see the game for yourself soon, and in the meantime here is a playthrough by quill18.