So… PAX is coming up. I have never been. I will go one year, maybe. I don’t fly a lot due to some insignificant concerns. Anyway…Positech sort of has a ‘presence’ there this year because a game we are publishing (Political Animals) is in the ‘minibooth’ bit of the Indie Megabooth.

If you are at PAX, you will be able to see (and play!) political animals on Sunday and Monday (4th-5th). It is worth your time. We don’t publish many games (PA will be our fourth published game, the others being Redshirt, Big Pharma and Shadowhand), but we get a LOT of pitches (roughly one a day) and the games are mostly forgettable. We don’t publish clones, generic games, or games without an interesting twist. Political Animals meets all of our criteria. Its a political strategy game like our own Democracy, but nothing like it in terms of gameplay. It is an election game, rather than a government game, it has a cute and funny design, and it focuses on corruption more than any other political game I am aware of. Plus the characters in it are awesome.

The team also has serious pedigree. I first met Ryan (in fact the only time so far!) at a game show where we was helping to man the Prison Architect booth, as he is the art genius behind the style that helped sell ten trillion copies of that game. As a result, Political Animals has a fantastic style to it. The only problem is both games are abbreviated PA. Bah.

Anyway, its an election year in the US (and also was in the Philippines, where PA is being developed), and a great time to be making a game on the shadier side of politics. Modern politics in the US and UK and Philippines makes Democracy 3 look like some idealistic dreamworld born out of a posh school debating society. I am hoping PA gets the attention it deserves, but as ever, this is increasingly tough. There are an insane number of indie games, and only so many press. maybe even fewer press. 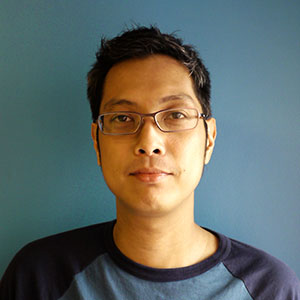 He will look more tired and jetlagged when you see him. Go talk to him, ask him about the game, and try the game. PAX is all about player feedback, so if it sucks, we want to know. if its confusing, we want to know, if its AMAZING, we want to know. Do try and find time to give it a try. Like I say, its only on the Sunday and the Monday.

Also…other devs, and press types. Invite Ryan to things. he is a nice guy, he is a great guy to interview! he will be able to tell you hilarious anecdotes about prison architect! (or make some up). He probably has things to say about Philippines politics! He is someone you should have at all your cool indie parties. He is @RyanSumo on twitter.

Ryan & co will also be at EGX in London, but if you are US press, this is your ONLY opportunity to interview the makers of the best political strategy game coming out before the election. Go do it!

One Response to “Say hello to Ryan Sumo at PAX.”