My day dreams involve mostly chocolate and spaceships, but now and then I dream about running a big renewable energy business. I’m a big believer in such things. If You are someone who thinks climate change is made up by Al Gore as a plot to take away your guns, stop reading now.

Unfortunately, despite being very into green energy, I know sod all about engineering. I can wire a plug, and even solder a bit now and then, but my understanding of planning applications and energy management and construction processes is absolutely zero, so Positech has to be, for now, a passive investor in such things. Long term readers of my blog may know that I have a hybrid car and a little row of 10 solar panels in my driveway, and maybe also know that I’ve bought some shares in a solar farm here and there. I consider them to be good investments. I don’t know many investments that pretty much guarantee an inflation-beating return over 25 years, but energy infrastructure does. I’m willing to bet that energy prices will only go UP during that time frame.

Anyway, today marks a milestone because rather than making these investments as an individual, Positech has invested in a chunk of renewable energy as a long term (25 years) investment. I see this as a pretty good hedge against the games industry. Don’t keep all your eggs in one basket and all that.

So Positech has bought roughly 6% of this: 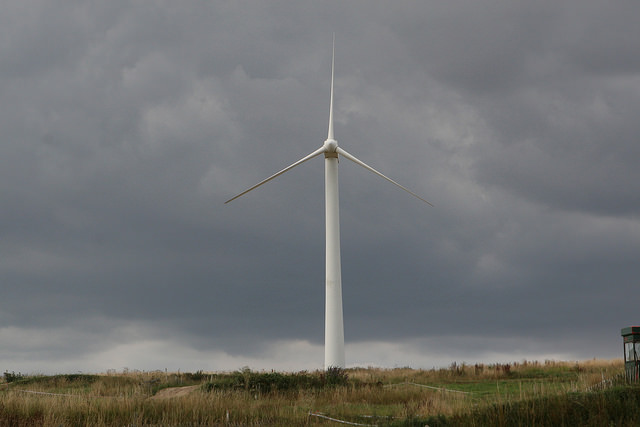 It’s a crowd-funded Vestas V39 Wind Turbine, in Dorset, SW England. It’s also BIG. Wind turbine efficiency is very directly correlated with scale. Small ones suck. TBH, this one is too small really. It’s a 500Kw one, whereas the big ones are 6MW or even 8MW for experimental offshore ones. However, it kicks my 2.1kwp solar array into dust. Plus wind turbines run all night and all year. yay! It might be small by wind turbine standards, but its’ big enough to be efficient. 39 meter diameter blades. pic below shows scale better… 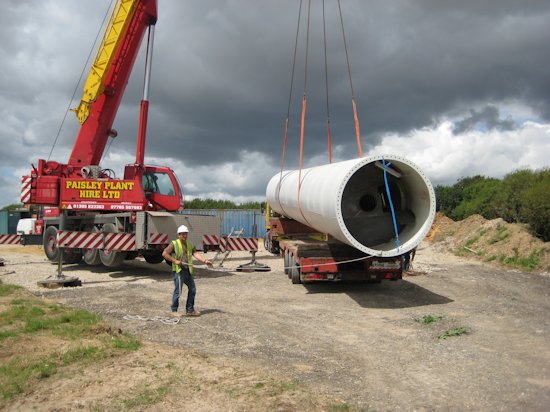 I’m a big fan of long term investments, and spreading risk, and trying to do something about climate change. Positech could leave its money in the bank, where it could be lent out to arms companies like BAE or Oil Companies or god knows what else, or I could take control of it directly and invest it in something I consider positive, so thats what we have done.

Who knows maybe in the long term we will invest directly, and get a turbine built as a company (positech energy?) rather than this sort of investment, but that takes BIG money. I think you really need about a million pounds to do that, and ideally about five to ten million to build any of the proper sized ones. I better get back to work… :D