“It is a truth universally acknowledged, that a single man in possession of midi-chlorians, must be in want of an empire”

See what I did there? I was eating a currant bun when I came to the conclusion that Revenge Of The Sith is one of the best films ever, mainly due to the fact that DVDs have a ‘skip’ button which lets you fast forward through the slushy annakin / padme scenes. Normally, that would just make me a typical action-film loving bloke who is bored by romance, but I’m not. One of my favorite films is the Kiera Knightly version of pride and prejudice. So I got thinking that in a perfect world, if you spliced the dialog and romance from P&P into the visuals of ROTS, you would have the perfect movie. Frankly, Jane Austen has a lot to learn from George Lucas, and Lucas has a lot to learn from Jane Austen.

Take the opening scenes. A group of elegantly dressed women gossiping by a church. Meh. George at least knows how to start his stories with some decent space battles. Ok, so Attack of the clones starts slowly, but even then a spaceship explodes in 3 minutes, so it’s not a total loss. Spaceships exploding is like zombies or boobs, there is no movie not improved by their addition. Even P&P has cleavage.

Now the dialog, the dialog for star wars isn’t classic. “I’m luke skywalker I’m here to rescue you!”. it’s not classic stuff. Lets not even discuss Jar-Jar. Jane Austen has the whole dialog thing sorted, with several different layers of meaning and subtlety going on all the time.  Jane Austen can represent the inner turmoil and angst of someone like Mr Darcy effectively and convincingly. Should he propose to Lizzy? George would have a scene where he had a bad dream, shaking his head from side to side saying “NooooooOOOOO!”. This would not be good. 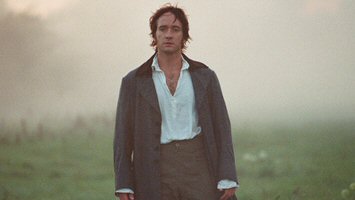 Conflict. Now in a  sense, it’s a score draw here. Austen handles the dialog and the emotion much better, but Lucas has the bigger context and the visuals. If Lizzy marries Mr Collins the family will be safe from poverty, but her marriage may be unhappy. Oh The angst! If Luke doesn’t hit the exhaust port, the empire will triumph and evil will conquer the galaxy. Lets face it, Lucas wins here. He also does well when it comes to villains. Mr Wickham runs off with a young girl and marries her without her fathers permission. Meh. Grand Moff Tarkin incinerated the planet Alderaan. Let’s face it,I’d rather have wickham as my nemesis than Tarkin.

Lucas has his moments with high drama. Vader telling luke he is his father wasn’t *that* bad, but even then the dialog is pretty shaky. He always compensates with the visuals. I reckon that if whenLizzy was told mr Darcy proposed against his better judgement, she lept off a bridge and flew through an exhaust port in cloud city, it would really add drama.

And lets look at the big ‘conflict’ scenes in pride and prejudice. Mr Wickham nods at Mr Darcy, and Darcy rides off on his horse. Feeble! Lucas would have had both of them on landspeeders, and after a high speed chase, they would have fought each other with lightsabers. 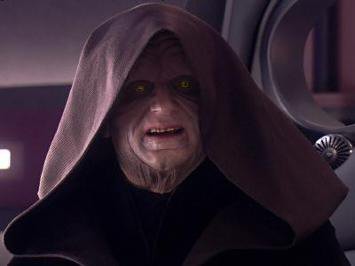 “I’m find the countryside most diverting”

When lady Catherine visited Lizzy to chastise her for trying to ‘seduce’ My darcy, the dialog is excellent, but the setting is amateur-hour. Two women with raised voices using polite language in someone’s garden? Lets be honest, just because the scene is at midnight doesn’t make it dramatic. Ideally, Lady catherine would have expressed her dissaproval using force lightning, countered by lizzies prowess with the lightsaber. If it was possible to somehow change the setting from the Longbourne estate to…. say a planet of lava, then that would be even better.

I think I’m on to a winner here. When I get a chance, I’ll email george lucas and ask if I can do a game called ‘Pride and Wookies’. If he says yes, I’ll get right on it.

9 thoughts on Lightsabers and Prejudice