I was watching District 9 ( I liked it, except the more yucky violent bits), and there were some cool rapid rocket trail effects in it, and it suddenly reminded me that the rocket trails in Gratuitous Space Battles aren’t good enough at high speed. Take a look at this rocket trial, from a rocket cruiser missile at 4x speed: 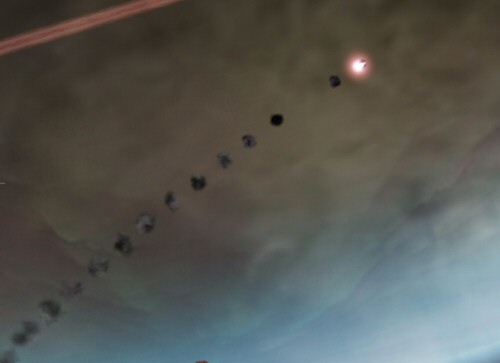 Crap isn’t it :D. At normal speed it’s fine, but at super high speed, the missile actually moves too fast per frame of rendering for me to actually space out the particles. So I just knocked up some code that instead of doing this: (pseudocode)

Which is more work :D But it’s worth it, because even at 4x speed it now looks like this: 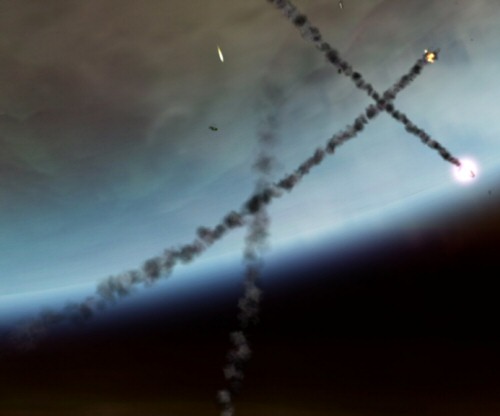 I know it’s a bit late to be worrying about all this months after the game came out and got reviews, but I am just completely drawn towards tweaking the game to look better. Also this means I can experiment with superfast rocket trails which will still look good. Also today I’ve done all of the debris and turret gfx for the new race in the new DLC/expansion pack thing. Now I have to actually design their ship configurations, and allocate their bonuses. Then I need to do their mission deployments, and then it’s pretty much done (and I then need to balance and playtest it). Yay!