So it finally worked. I have moved to the country. Ooh-arr etc. To my delight the internet works! (at 1.8MB right now, but I’m assured my IP Profile will go up to 5 one day). To my dread, the lan connection to my desktop PC was borked until an hour ago. Cue lots of stress, involving  many cables, pulling out of remaining hair, and at once stage, a hammer drill. Connection now fixxored.

Sooo… if you emailed me recently, I havent replied yet (probably) but will tomorrow morning GMT. Apologies  for the delay. I haven’t been able to check forums or do other support stuff yet either, but I’ll catch up soon, and get working on GSB again.

I got jadzia in the box. after a lot of worry and planning and stress. It was a sudden and VERY fast struggle. My better half almost physically collapsed with relief after she realised I’d managed it :D. Both cats ave adjusted pretty well to the new home, although Jack went up to the attic and refused to try and come down (its very steep) five times in a row.

Things I have discovered:

People go past my house on horseback now and then.

I’m moving house tomorrow, several hundred miles. If I don’t blog or reply to emails, then it’s all gone wrong and I’m without a net connection for a few days. Hopefully that won’t happen.

In any case, in 11 hours time, I’m going to have two cats in two boxes, even if it means I need to use a dartgun.

I’m moving house Monday. Good timing eh? Actually not.  It comes between the launch of GSB, my birthday and another thing…

Anyway, I’ve lived here ten years, and it’s time to empty the attic. Stuff that got put in the attic got put there because it was irrelevant ten year ago, so it’s ooolllddddd. (like me). but it’s pretty funny finding old stuff I had ages back. I found a keyboard layout, carefully hand written for an old game, which I was confused about until I saw that C mapped to Luxor and V mapped to Morkin…

Amongst the fun was a suiprisingly huge collection of LPs. That’s what we caleld mp3 playlists back before you were born. I’ve given most of them to a charity shop. My need to treasure a Prince LP or the beach boys greatest hits is now behind me. Anyway, I’m keeping my collection of old heavy metal picture discs and a few other classics. Here are some of the memorable ones. 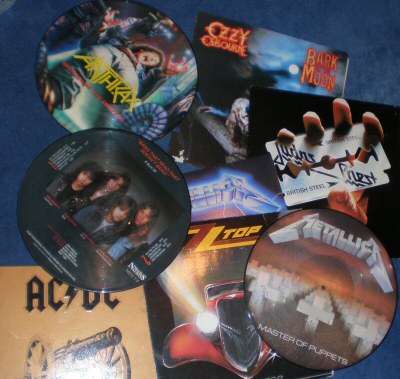 Plus there is always the star wars stuff. (click either pic to enlarge BTW). Here’s some of the rare stuff. You might think you outgeek me with your collection of Episode II memorabilia, but gaze upon my George Lucas autograph (just one page in my book) with envy. Also check out the compliments slip from Elstree.  1,000 geek points if you can work out why it’s especially collectible and unusual. Also check out darth vaders autograph, and a picture of me aged 13ish outside the first UK showing of Return of the Jedi at bottom right. Ah memories… 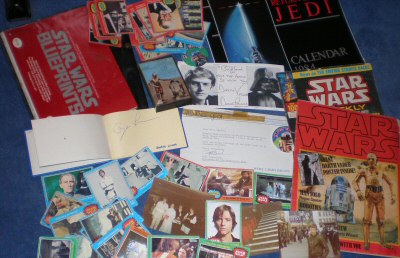 GSB will be on steam from 16th November :D Yay!

Take a trip far back in time when dinosaurs ruled the earth and Directx 5 was the very latest cutting edge thing. Back then, the hip cool and trendy thing to do with mouse input was to use direct input. I have a pile of programming books on how to do it, and you can enjoy the handy tutorials on capturing mouse input using directinput in the directx9 (and later) SDKs.

It turns out that this is not the way to do it. In fact, there are even articles online now where Microsoft quietly admits that if all you want to do is normal mouse input, you should avoid directinput altogether. To make things worse, there are a ton of features to do with mouse acceleration, button swapping, double click speeds blah blah, that are all missing and need to be implemented from scratch (as I was doing….mostly)  if you use directinput for the mouse. How come I missed the memo on this?

Like a trusty old coder, I’ve been re-using my engine for a while, and although I have a nice shiny new graphics engine I was still using directinput for the mouse, which explains the somewhat erratic and crap mouse support in GSB. But that changed today, when I finally got sick of it, and ripped it out. The next patch will switch GSB to the standard windows cursor, even in fullscreen, and it will all work much better.

This morning I officially declared Gratuitous Space Battles released, which means there is finally a demo, the price is up a little bit, and people can review it or try it without worrying that the current version is not representative. This game has been about a year in the making, and taken a huge amount of effort. It’s also cost more to make than any other game I’ve made, and was original IP, in a genre that I’m not especially known for, aimed at the hardcore(ish) PC gamer during a recession. In short, everything about this project has screamed “Don’t do it!”.

However, I’ve always made the games I really wanted to make. GSB was originally called ‘Dictator’ and was a sort of spiritual successor to Democracy. Things didn’t turn out that way, and I think I’ve made the right choices. It started life looking like this (once the idea of spaceship battles took over) 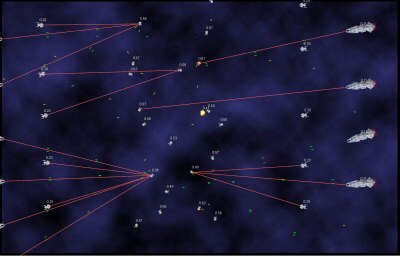 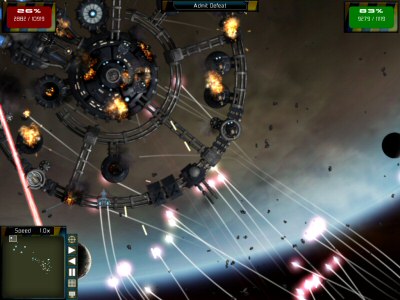 Which I prefer :D

I’d like to take this opportunity to thank everyone who emailed me, posted on my forums, and here on this blog who gave me good ideas and good feedback, and encouragement to make the game as good as it could be. I should also point out that this is far from the end of development on GSB. If the game sells, I can keep working on it, and hopefully it will continue to evolve and get bigger and better for a while yet. More on that later.

In typical crap planning, the release of my most ambitious game ever has coincided with my birthday, and with me moving house (any day now). So I’m sat in the only room in the hosue not full of boxes, and with not much but the PC and this chair not scheduled for imminent boxing. (I’m moving on Monday). I am also very tired.

Please be understanding if the website is unresponsive today or the demo has a bug in it. I’ll fix both if they need fixing, as soon as I can. (AFAIK both are fine).

And go buy it now :D