I always thought these looked kinda cool, and the people working there didn’t get enough of the glory 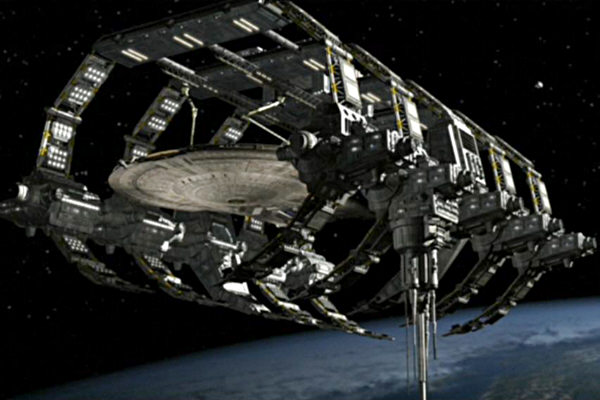 A lot of people have said to me they think it’s a bad idea to allow cheaters to edit files for a multiplayer game, especially my next game. Let me clarify:

The next game *will have a multiplayer element to it*. To some extent. But not in the way you generally get in multiplayer games.

Although you will have free reign to edit files for modding purposes, there will be no way to ‘beat’ another player by doing so.

I might introduce some element of file checking and CRC gubbins at some stage, but I want a hugely moddable game, and if you let people mod stuff its hard to then prevent them cheating unless there is a central server blah blah, and I don’t want all the hassle and cost associated with that.

I’m not making an FPS style game where the normal worries about aimbots are a concern. When I explain how the multiplayer bit works, you will see what I mean :D

Might as well keep you guessing. But here is a very general clue as to what sort of game I’m doing next.

Could it be that the best way to deal with jerks in online games is to just make their efforts futile by doing way entirely with the idea of anonymous massively multiplayer competition?

That’s what I reckon, and here are my expanded thoughts on the topic.

I still occasionally pay for ad clicks for democracy 2. It’s an older game now (just over a year old) but it still sells, and has had a bit of a welcome boost thanks to the US elections and the resulting increase in interest in all things political. I figure that if people are more interested in politics than usual, that the same ad spend as usual should have better results. It’s true that the credit crunch means people have less money, but that also means people spend less on ads so ad space should have less competition and be cheaper :D

Right now I’m only using google adwords to place some democracy 2 leaderboards. I’ve also been reading a book about brain structure and advertising, which covers the whole topic of how advertising works (in real low-level neuroscience style), which also has me thinking about ads a lot. According to the book, almost all of our sensory input gets channelled first through an area of the brain called the ‘amygdala’ which is in charge of our fear response, before being passed on to other areas for detailed contextual analysis. This is so that the brain can recognize danger (a snake, a hand grenade etc) as quickly as possible. It’s also why we jump back instinctively if someone throws a fake spider or snake at you, even when it’s an obvious fake. The higher level pattern-recognition parts of your brain that say “its clearly a toy” haven’t even received the data yet, let alone come to conclusions.

I find this interesting because it explains US political TV ads. Most of the successful ones are based on fear. Fear of terrorists. Fear of immigrants. Fear of crime. Fear of poverty. The fear response takes over before the higher level rational bit even gets a look-in.

Which is interesting, but doesn’t help me sell games :(. I’ve tried a few different banner ad styles and wordings and will let the wonder of A/B testing evolve the one that sells the most copies.