Its been a long, long bitter struggle, the likes of which I would turn into an opera if I was A)Wagner or B)Klingon, but basically at the end of a long struggle, I now have stupidly fast internet (at least for the UK). Here is a brief summary.

Firstly WHY was my internet so bad? because I live here (see below), which looks nice, and it is, its so quiet (ish…crows tractors and even shotguns are a thing…), there is VERY little crime, there is zero traffic, the air is fresh, its a wonderful place to live… (picture taken by me with my drone :D) 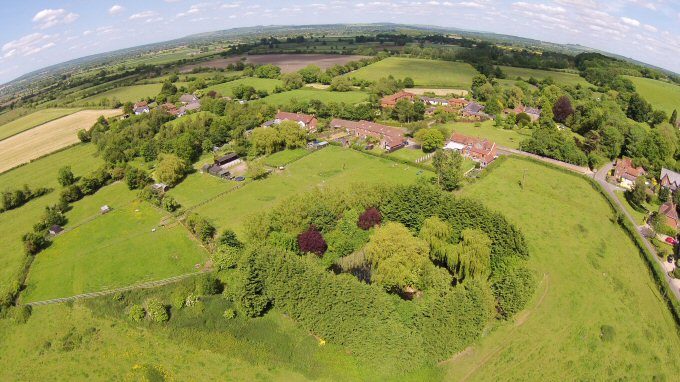 …apart from the fact that the internet, phone and power lines are all delivered to our houses like this: 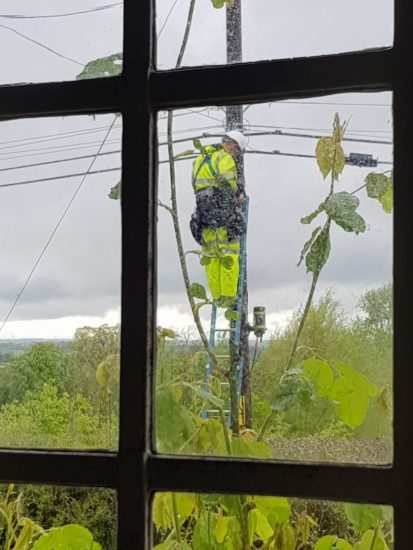 Which is sub optimal. Again, the UK’s technological innovation in its far history has come to hurt us. We had very very early railway lines, so they are still here…and awful. We had very very early telephones…and the same wiring is still here…and awful. When people started getting the early phone lines in the UK nobody thought they would ever become THAT important, so sticking a handful of cables up on poles and running them along roadsides seemed fine…but we now find out that doesn’t scale, especially when trees grow next to the lines, and its windy as hell, and rains a lot..and the copper degrades…and to cut a long story short, most people in a rural location like me get internet speeds worse than my old ADSL speed:

Which is actually…not TOO bad. We could use catch-up TV services like the BBC iplayer, we could surf, play games, even stream (most of the time) on netflix and amazon, but large files (like games and game updates) were torturous to download, and uploading anything larger than 500MB was practically impossible. When I did my weekly blog video updates for Production Line I had to render them at 60FPS 1080p, then compress them with handbrake to 30FPS compressed, and then go mow the lawn or whatever during the 2+ hours it took to upload those compressed files. Video calls on skype were impossible and twitch was not an option. Ideally…we needed faster ADSL or FTTC to fix it.

FTTC stands for ‘Fiber to the cabinet‘ and it means a fiber superfast cable goes to a cabinet in the street, and copper cable goes from the cabinet to the house. Its what 90% of UK customers who ‘have fiber’ are using, and you can get maybe 50Mbps down, 10Mbps up (if you are lucky. Our local telephone exchange was FTTC enabled. OH MY GOD. But… the geniuses who manage this stuff had placed the ‘nearest’ cabinet further from us than from the exchange…so actually upgrading from ADSL to FTTC would have reduced our speeds… Many people in the village gave up and ordered satellite links (horrid latency).

I wont bore you with my epic struggle to get fiber, but the short version is me actually plonking down a massive deposit (final cost would have been five figures) to get what BT called ‘fiber to the premises on demand‘ which is basically their way of saving “You cannot have fiber, butt throw us a huge pile of cash and we will do it anyway’. Lots of debate went on, and local councils claimed to be paying for it at the same time as me (the cheek!) and to cut as long angry story short, I got a full refund, and BT connected us all to fiber anyway… (yay!)

I assume it must be illegal for BT openreach to actually think long term, because rather than dig up our road once and lay decent fiber cable, they spent days trimming some trees (but not all of them…which makes zero sense) and then laid fiber cable in the air between poles…except for a bit about 300ft long down a bit of road between no houses and just open pasture, where they buried it underground for no adequately explored reason. They even threatened to add two NEW poles on my neighbours land until he told them where they could put their poles, which obviously it turns out they didn’t need anyway…

So at last, a BT guy came and connected the final piece of the puzzle, a fiber cable into my house. Interestingly it came bundled with a new copper cable, so he could remove the old cable and reuse the same hole. Awesome.! I now have a BT fiber modem (its big!) attached to the wall, most of which is apparently a battery backup to keep the internet up and running if we get a power-cut (we do…and this is awesome, as my PC is on a UPS anyway :D). We also needed a new fiber-capable router because the old one couldn’t cope with the speed. 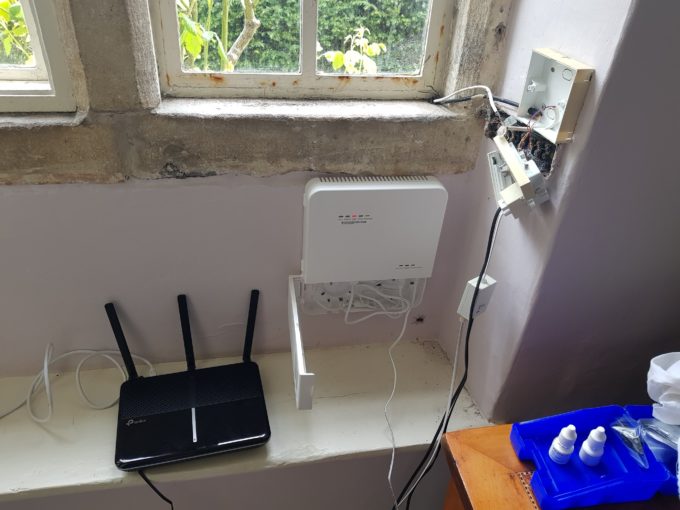 I went with IDNet who seemed very organised, and its costing me a total of £96/month, including them taking over our old copper phone line for elderly and technologically clueless people who actually want to PHONE me in 2018. *shakes fist*. We have no data cap whatsoever. Obviously its a business expense, so I save a little bit of money on that.

Anyway… FTTP (fiber to the premises) is amazing, and so fast its actually funny. I cant find ANYTHING that I can download actually at 200Mbps, its pretty nuts. Steam updates are lightning fast, uploading files stupidly quick, and even simple tasks like posting screenshots to twitter now happen instantly. Youtube defaults to max quality and loads way beyond my ability to watch anything. Its truly awesome. My only regret is that the 80Mbps/20Mbps upload would have been more than enough, and I didn’t go for it. Anyway…fast internet is awesome. I feel like I’m in the modern age at last. I may even start using twitch!