The core mechanic of Democracy 3 is going to take a lot of careful explaining in tutorials and tooltips and help windows. Essentially, it’s pretty simple, in that you implement policies, and you can adjust the intensity of a policy using a slider. So with a policy like income tax, the slider adjust the rate of tax from low to high. A series of bars show you the effect this policy has on everything, such as voter happiness, GDP, and so on. Sounds simple so far right? This is where it gets complex because there are three additional factors, which are implementation times, effectiveness and inertia. I’ll explain each one:

Implementation times is the amount of game time it takes to introduce a new policy. For a new tax rate, it’s instant, but for a space program, it might be five years. The policy effect fades in over those five years. So for example, if you set the slider to maximum, and the effect on GDP is +10% at maximum, then one year after introducing the policy, all the effects are still only at 20% of their maximums, and the GDP boost is thus 2%. Implementation rate is also the rate at which you can adjust a policy. Again, with tax rates it’s instant, with big infrastructure projects, you might move the slider from 0.5 to 1.0, but it will gradually make it’s way there over time, and the effects will scale accordingly.

Effectiveness is a general multiplier for all of the effects of a policy, and this is based on the minister in charge of that department. He can be bad, reducing its effectiveness, or good, which boosts it. Over time, all ministers get more experienced, so their effectiveness will go up.

Inertia indicates the extent to which policy effects lag behind implementation. For example free school meals increase total population health, but it’s a very slow effect, over time as school children grow up, and maintain those healthy eating habits. So the effect may have an ‘inertia’ of ten years (Should be longer, but for gameplay reasons…). This means that even though the policy is fully implemented, it’s full effects aren’t being felt yet, and also, when the policy is cancelled, the effects may linger on afterwards, slowly declining.

Combined together (and this is just part of it), it’s uber-complex and subtle. It means that at any one time a single policy may be becoming more effective as it gets more implemented, and more so as it’s minister learns the ropes, whilst at the same time be drifting towards lower values as the effects of a policy change since it was introduced take effect, and at the same time as all this, the various effects it has may all have different rates of ‘inertia’ and thus be shifting in different directions :D

Fortunately I’ve learned a lot of stuff about GUI design from earlier games. I’m sure it will be fine :D

Well it should be immediately obvious to anybody reading this, that I finally got a proper design for my blog sorted out. It’s been a long time coming, and the blog gets more and more popular over the years, so I thought it was about time I invested in having a theme properly designed and implemented. I admit that I am way too busy with other stuff these days to learn the finer points of CSS and HTML, let alone javascript and flash. it makes much more sense to do what I’m good at, and use the profits from being more productive to hire someone else. That’s just good old fashioned division of labour. If I ever go the extra mile and employ people to write my blog too, you know I’ve sold out. (yes…some people DO so that…)

Quite a few indie devs write blogs these days, and I find a lot of them very interesting and readable. it surprises me that the big companies can’t see through the legal paranoia and allow their lead designers and coders to keep a regular blog. I’d love to read a blog by the lead coder or designer at Maxis. I don’t mean a once-a-month update that has been vetted by three different marketing departments and lawyers, but a real blog, with regular updates on what it’s like to do that kind of stuff.

Anyway I digress… I will have lots of very technical explanations of the inner workings of Democracy 3 coming up. if I ever start suggesting I’ll code Democracy 4, just tell me to have a lie down, and remember how involved this one was…

I have been doing uninteresting adminy stuff today. Hardly any exciting code. I may just have found a core simulation bug however. More interesting news to come…

In the meantime here is a man in his early forties remembering how much guitar strings hurt when you don’t play any more.

Don’t panic just yet. Stay calm. But we might…we just might be in trouble.

Apples market share seems to be climbing quite unstoppably. PC sales are sluggish, tablet sales are booming. Whether the future belongs to apple or samsung, it does look like a big chunk of the future may be on tablets. Even my famously non tech-savvy gaming buddy, when told I’d been playing a ‘new’ game (portal 2) asked me immediately if he could play it on his ipad. Not his PC, his ipad.

Ipads are perfectly good for gaming. I’ve wasted a good few hours on fieldrunners. I know some people live and die by their ipads. I think it’s a perfectly good platform. The trouble is, there is an absolutely perfect match between all the downsides of tablets, and all the demands of deep hardcore strategy gaming.

If you had to list tablet downsides as a developer, I reckon they would be small screen size, low memory, no right-click and no mouse hover. For the kind of games I make ALL of these things are a real pain. I *rely* on tooltips. I think they are awesome. I LOVE right-click menus, they are such a handy bit of functionality. And I like deep, complex games with a lot of information on the screen and a big hefty simulation that gobbles a lot of RAM.

Democracy 3, at the start of a new game has 156,000 neural connections in memory. Am I going to fit that on an ipad or an ipad 2? I doubt it. Now I know there are workarounds, some cunning retooling of GUI’s can have alternatives for tooltips and right clicks, but regardless how ‘retina’ the screens get, we aren’t looking at a 20 inch or 24 inch monitor any more, we aren’t able to assume near-pixel perfect mouse selection, and we aren’t about to get 2 gig or 4 gig of RAM in a tablet any time soon.

So that means taking a perfectly good strategy game design, which frankly any modern PC can cope with with one hand tied behind it’s back, and squeezing and compromising and squashing it to fit onto a tablet. Obviously, I don’t want to do that. Obviously, I’m not going to do that. I’m a PC gamer, through-and-through. If I wanted to compromise a PC game design because of a console, I’d go work for EA. Ahahahahahaha….

Anyway… I do worry the more tablet computers get popular. I know I’ll inevitably have to take the idea of tablet ports much more seriously in future, and I can’t help but feel that I may end up looking back at the days of windows dominance as the easy times. Maybe if I simply stick with PC-centric strategy gaming, I can carve out a big gap in an otherwise abandoned niche?

Just because you CAN do everything…

I have had a few discussions with friends lately about the merits or not of me doing certain stuff myself, or getting (paying) other people to do it. When you are an indie developer, you essentially have four choices when it comes to a particular aspect of your business (for example, managing advertising).

I rule out the last one, because I work from home, and having an actual employee with pensions and national insurance and not easily dismissed and all that sounds like huge hassle (thanks government!) so I am left with the first three. I used to always do everything myself, then I made a transition to the second and third options for stuff like art and music, where the end results were much better than anything I could have done myself. I am currently wrestling with the problem of what to do with stuff I *could* do myself, but am too busy to do.

Take, for example, the idea of porting games to new platforms/devices. I *could* learn to do this myself. I’m clearly not *that* bad a programmer, and I’m sure I could learn OpenGL/Mac/Linux/Smartphone stuff/HTML5, etc and spend the next year just porting my next game to all those different environments. The question is, is that a good use of my time? 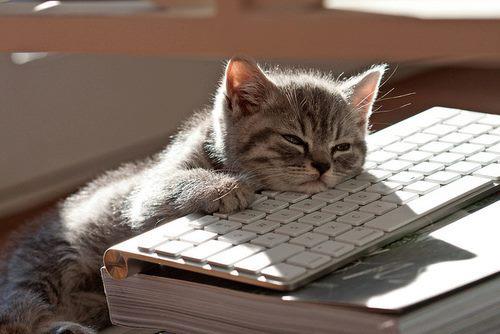 If you aren’t familiar with the terms ‘opportunity cost’ and ‘comparative advantage’, you should google them right now. They are fascinating concepts, that you learn in economics, but are applicable to almost everything. I still remember being amazed at LSE when I learned that country A can be better than country B at producing absolutely EVERYTHING that country A or B makes, and yet still there is benefit to the two countries trading. Look it up :D

Anyway… to get back on topic, I think there is a natural tendency amongst indies to only outsource/contract out work that they ‘cannot’ do, rather than do the maths and accept that there is stuff you *could* be doing, but it makes more sense to do something else, which earns enough to pay someone else to do that stuff for you. We do this in our daily lives. I *could* wash the car, or I could pay a robot to do that. I *could* learn how internal combustion engines work, but I pay a mechanic to fix the car. I think you should apply the same logic to game development.

So I won’t be doing the last one on the list, or the first, but I still need to work out the right combination of the middle two for any new stuff I take on. These decisions are never easy…