So it’s a year to the day since solar power got installed at positech towers. how much power has been generated?

The panels are installed, not on the roof, but in the drive opposite my office, which is cool because I can just about see them from my desk, over the monitors. There has been a lot of talk about feed in tariffs etc, so I might as well do the math myself.

The install cost was £10,608 according to my old blog post

However, the FIT rose to 45p at some point along that, and the 3p/unit is rising too, so it’s a bit more than that. The FIT is locked for 25 years (index-linked) so the rate cuts don’t affect early adoptors. 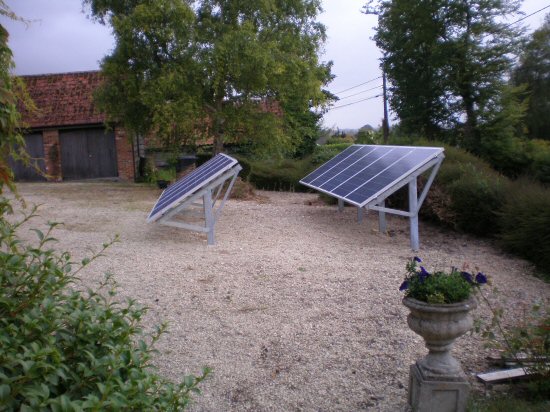 At installation, the projected income was £1,029 for output of 1,845, so basically it didn’t generate the estimated power. why? Pretty simply, it’s a combination of shading in early mornings and early evenings through most of the off-peak, combined with amazingly poor sun in the last few weeks. June/July should be bumper months for solar, but the cloudy rainy days have been incredibly bad lately.

A combination of some tree pruning which has reduced (fairly recently) the shading, and presumably a more usual summer next year should mean for a much better return. I didn’t really do it for the money, I am a green-energy geek, but it’s good to know it makes some sort of economic sense. Energy prices are likely to recover their stratospheric climb after the current recession, which will also boost the economic case. Output would be much higher if the panels were roof mounted (and the installation cost would have been much lower). 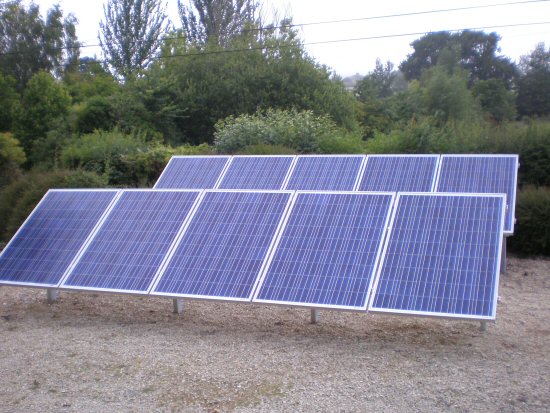 Anyway, given that the energy my office consumes is certainly not 1,331 units a year, I’m pretty sure I could make a grand claim that positech is carbon-neutral, and do so with a straight face. Pity about the way everything else in modern life, travel especially, consumes so much energy. I gave up eating beef 3 years ago partly because of its appalling environmental footprint, so I’m claiming some extra points there too. (I don’t miss it at all, lamb rocks!).

Anyway, that’s enough tree hugging for one blog post. I intend to have a sudden outpouring of GSB related bloggage soon.