You guys seem to have some pretty widely varying guesses as to how many games I sell. Be aware that i am only talking about DIRECT sales. By that I mean someone who comes to the positech site and buys the game direct through BMT Micro (my payment provider). That excludes all the casual portal sales through sites like arcadetown, bigfishgames and so on, plus the other portals such as GamersGate and Stardock’s Impulse. It also excludes retail deals, and it excludes stuff such as sales of the Apple Mac ports as well.

I wish. I REALLY do. I’d be working on Democracy 3 right now if I had earned that amount from just the direct sales. The real number is a lot lower than that. There HAS been a bit of a sales spike recently for D2 thanks to the US elections though.

Unfortunately I can’t really tell you the figures for Kudos 2, or the exact Democracy 2 figures, because that information is what they call ‘commercially sensitive’. In practice that means that while I’m negotiating with several companies (many of whom may have people who read this) it’s not in my interest to ‘reveal my hand’ as to how much money I make from my games. However, suffice it to say that i don’t *need* any of the portals, publishers or people I do business with. I can pay the rent and food bill with my direct sales. This is l33t because it means I don’t have to answer to anyone and can make the games I love to make.

Because I predict lots of cross blog readers wanting some juicy stats, here is a chart instead… 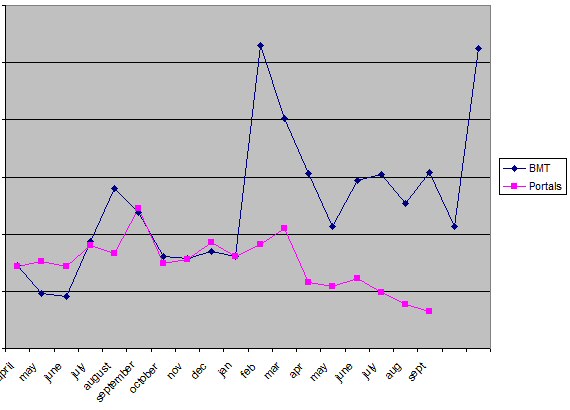 One day when I’m feeling less stressed about sales and have some decent figures behind me, I might publish some more sales figures.

4 thoughts on Your Sales Guesses and a nice chart