Sooo… One of my non-game ambitions is to run a renewable energy company. It’s my alternate plan if the game industry implodes or I fall out of love with it (unlikely for the foreseeable future). Anyway… I made one tiny step in that direction today by buying this: 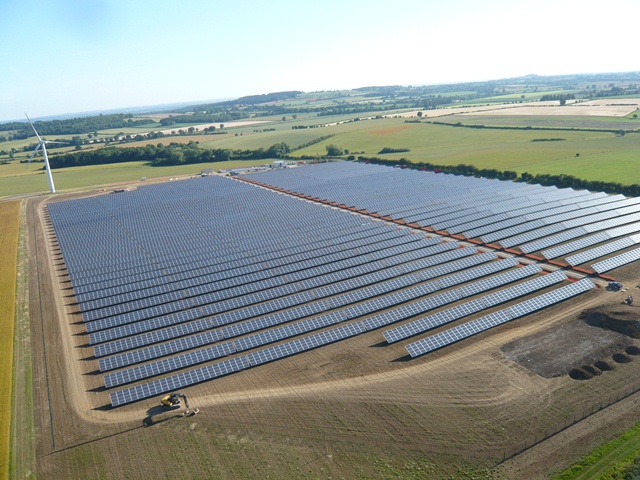 Eat your heart out Brad Wardell!

Ok. Not all of it. I admit that. But I now officially own a tiny chunk of it. It’s the largest solar co-operative in the UK, near swindon. 30 acres of solar panels. Insert joke about it never being sunny in the UK here. If you have read my blog for ages, you will know I have some solar panels in my garden. I can see them from my desk! yay! The trouble is, that small scale solar isn’t as efficient as large scale due to the problems of occasional local shading, the economies of scale for inverters, and of course bulk buying discounts. I bet you get a decent discount on 30 acres of PV panels :D  (TBH, wind energy makes a lot more economic sense in the UK, but people like Donald Trump have some emotional hatred of wind energy that they funnel into campaigning against it, making the planning process for it more trouble than it’s worth. *sigh*)

Anyway, I feel very happy about it. I am going to GDC for the first time next year. I try to avoid flying when I can, because I’m a right eco-obsessive. I’ve never gone to a non-uk games event before, and I’m very skeptical that paying the odd twenty pounds to an ‘offset’ scheme really negates the environmental damage of long haul plane travel. My own tiny 10 panel array in the garden doesn’t even cover my own electricity needs, so I’m definitely in net deficit in terms of energy consumption. Until today! wootage.

Even forgetting the green-ness, I’m betting it’s a pretty good long term investment. Maintenance costs for the park are virtually zero, the fuel is free, and relatively predictable, and even the most anti-green government is unlikely to change feed-in-tariffs retrospectively. I’d rather do this than hand the money to some pension fund manager so he can invest half of it in landmines and pocket the other half as commission.