This is what they want (as tiswas used to say)

I got a lot of grief from various parts of the web for daring (how dare I!!) even mentioning the topic of games pricing, and the value of an indie game. Apparently, this topic is as off limits as anti-semitism or saying that The Phantom Menace was cool.

People like games where you just click stuff and spam your friends. So we get farmville. And to go one stage further…

People LIKE to argue about the price of games, DRM and piracy. Trust me, I know, I have blog traffic stats. I know what gets people reading, and commenting. A tiny fraction of people get abusive and angry, but then this is the internet and as charlie brooker has said, you could give people online a free massage and they’d moan at you.

It would be simpler, and pretty boring to have a blog where I just talked about vertex buffers, never said anything about the games industry was bad or could be improved, and just had some cat pictures. But that would be boring to type and you wouldn’t read it. 99% of games developers talk purely in tedious bullshit marketing cliches about “How we are excited to work with our partners to bring this compelling new SKU to the market”. I’m pretty sure we have enough people doing that already :D 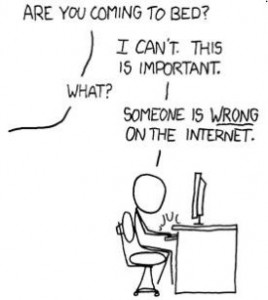 Sooo.. at long last I’ve just made the first deposit payment for getting my much-talked-about solar panels installed. This has been at least 5 years in the making. ‘Sheesh’ etc…

This is what I’m getting:

The quote says that it should generate 1845.56 kWh per year. They calculate that if I use all that power (and I will) it will save me £230.70 a year based on 12.5p/unit electricity cost (bound to rise dramatically over the lifetime of the panels). (however my current provider charges 11.52p/unit).

edit: just investigated and in the last year we used 4,134 kwh, so this set of panels is slightly under half my total usage.  I bet that’s because we have an electric cooker…

Assume the panels are worthless after 20 years, I’ll earn £21,216 over that, which would be a gain of £11,000. I can see that the performance of the panels will degrade by then, but I strongly suspect energy prices will rise enough to more than compensate. I also can’t see the feed-in tariff being reduced or abolished for existing installs by any government of any color.

Obviously the panels may not generate the described amount. There is some shading in the garden (bah!). And I’m not going to cry into my tea if the output is below maximum.

Interestingly, the cost of the panels+inverter dropped about £1,000 in the last 8 months. Also of interest is that VAT on them is charged at only 5% (although tbh, if the government really want to kickstart a domestic renewables industry that needs to be 0, not 5%).

No point in me talking about my new game today. People are swooning over E3 videos :D

Here is a crazy idea for a website that I wish existed.

Say you had a small business, probably a one-person affair.  A corner-shop, or maybe a hot dog stand, or anything where there is just one or two of you. An indie dev would be fine, actually.

Imagine a website where you could go, and anonymously (in terms of not saying exactly where your business was, or what it was called) you could lay bare ALL of the facts about your business, in terms of finances. Every day, you would upload your current sales figures. All your expenses and bills would be online (anonymized).

the site would have forums, and you would need an account to post. The idea, would basically be to help run peoples business. You could comment on their sales, and their plans. You could suggest new pricing strategies, refer them to data on other businesses you thought appropriate, and the owner could decide whether to take people’s advice or not, optionally awarding karma to people who provided decent feedback.

What’s in it for the business owner? It’s like having 1,000 varieties of the ‘bloke down the pub’ who has an idea on how you could do better. This time you get advice from all over the world, from all kinds of people. On the whole, people will be genuine and helpful, and if they aren’t they will get modded down anyway.

What’s in it for the forum posters? Entertainment. There are a lot of armchair experts and business-obsessed stats geeks like me. I’d love to wade through the sales stats for my local shops. Maybe I’m sad, and unusual, but I bet I’m not the only one. It’s a big internet.

What’s in it for the website owners? Money. A site like this would be a magnet for small business owners. High-value advertising screen-estate for people flogging business books and accountancy / marketing services.

I just read about an indie games bundle where one of the main ‘selling points’ of the bundles was that you can get six games for just $5.

The implication is that the games are worth a dollar each (or less!). I get the idea that people try and make an offer that you’d be mad to turn down, and for a limited time, as a one-off way to grab some press that you can’t get any other way, maybe there is some merit to that, but increasingly it seems to be the case that people think that charging more than $5 for a game is ‘cheeky’ and that indie games should be $0-$5, and of course half of it goes to charity, but even if we get $0.01, we really thank you for your payment etc etc…

Lets just get this out in the open right now:

Indie means ‘independent’. It means you dont’ work for a publisher that controls your output. It means self-funded, with total control. It does NOT mean *cheap* or *low budget* or *desperate* or *hobbyist*. Granted, there are a lot of hobbyist indie devs, but that doesn’t mean some indies don’t employ a bunch of people, have nice offices, spend tens or hundreds of thousands of dollars on development, produce high quality content, and you know what…. I think it’s perfectly reasonable for a lot of those indie games to sell big numbers, and *shock horror* for the developers to make some decent money without being made to feel like they are worse than osama bin laden.

A lot of indies give me a funny look because I have an advertising budget, as though indies are not allowed to advertise, because we have to do ‘guerrilla marketing’ or beg for coverage on hobbyist-blogs rather than run our business like anyone else. Some gamers flat out refuse to buy GSB because it’s more than $10, despite paying £34.99 for ‘non-indie’ games.

I know quite a few indies that make very good money. Better than anyone I know with a mainstream games industry job. I know a lot of them who run their businesses extremely seriously. They shouldn’t be ashamed of having a successful business or feel ‘too corporate’ because they have a marketing budget and use a PR firm. I can just see the howls of hatred and cries of ‘sell out’ the minute minecraft pays for some adverts somewhere, or refers to notch as CEO.

Most indies make no money. We get that. Lets not try to force all of them to stay tiny and huddled around a begging bowl though. There is nothing wrong with success, even in indie gaming :D

Broadcasting your likes (whether you want to or not)

There has been a fair bit of controversy lately about a new tactic by mainstream games publishers that involves only releasing marketing assets (videos, screenshots etc) when a certain threshold of social media activity is reached, such as encouraging people to ‘like’ them on facebook, or retweet a news story.

Personally, I believe it’s a silly marketing strategy. If you have a video that will encourage me to buy Battlefield 3, and I am a potential customer, why on earth have some barrier preventing showing me the video? And who are you kidding anyway, we all know I’ll see the video before the game goes on sale, so don’t patronise me…

However, having said that…

I do find it interesting that people are suddenly getting super-irate about companies asking, or even encouraging them (with benefits in return) for doing something like retweeting a link or liking on facebook / reddit. I udnerstand *why* people feel that way, but I think people forget you do this already about a HUNDRED TIMES A DAY.

Right now, sat at my desk, I can observe without turning my head that my keyboard is by Saitek, my router is a Netgear one, my monitors are iiyama, and my office phone is made by Doro. I can just about see the Logitech microphone and the Bose headphones. That’s 6 logos within my current field of view. On my desktop I can see that Google supplied my clock, and this blog comes courtesy of WordPress. This is ALL advertising, it is ALL marketing, and if you think about it, it’s the equivilant of a forced facebook ‘like’ with no opt-out.

I bought a new car recently, and there were dozens and dozens of options, most of which were hugely overpriced. Do you know the ONE option that was not available at ANY price? It’s removing the car makers logo. Never in a million years. Have you ever seen a car without the makers logo on it?

When a company, even a humble indie games company like mine asks you to retweet something, or ‘like’ it, it might seem a bit pestering, and a bit cynical and a bit ‘markety’, but remember that you are being forced to do this hundreds of times a day anyway. My last car was a Peugeot and it was pretty crap, but I drove up and down with the equivilant of a big ‘+1 peugeot’ advert whether I liked it or not. Games portals also do this all the time (your friend is playing GENERIC SHOOTER #3 right now!)