Where are the positive, building, creating games?

Why are so many games about destruction and breaking things?

In the real world, we tend to value creation and invention and construction. People are rightly proud if they built a house, less proud if they have demolished one. We feel good and get an emotional high from collaborating to create and build something, and making peoples lives better. There is nothing weird or boring or silly about this, it’s probably built into us, at some genetic level. Chimps that collaborated to help each other had an advantage maybe?

But in games, it’s all about destruction. Team A beats team B by kicking team B in the voolnerables,or blowing them up, or stabbing them. Team A rarely wins by creating a more impressive cathedral than team B, or by curing more disease, or raising life expectancy. This is unfortunate.

Obviously counter-examples exist, and I look upon the success of minecraft as being an example of a game where a lot of people enjoy working together to collaborate on building something impressive. It’s a game about working together, and making stuff, all very positive. However, the majority of big name games, like World Of Warcraft and Call of Duty are about destroying and killing, whther you are killing NPCs or other players. 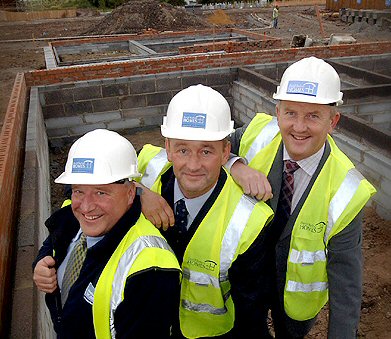 I guess I’m as guilty as any game designer, GSB is about blowing the enemy up, for absolutely no reason at all. However, one positive thing that emerged from the game was a pretty busy, vibrant and very friendly modding community. In some ways, GSB bought some people together to co-operate on making stuff, and that’s just awesome. One day, I’d like to do a game based around that general idea. My own pet theory is that the lack of construction and positive games is due to the history of games emerging as a medium for teenage kids, especially boys. 13 year old boys are all about testosterone and puberty, so basically killing and having sex. Most countries have laws preventing selling sex to that demographic, so the games sell violence to them instead.

When those gamers grow up, lose their hair, get a mortgage and likely a partner & kids, they aren’t so focused on destruction, but on construction. Building a home, a family, a career. None of which is usually a zero-sum game. Where are the games aimed at this period in your life? (except mine).

What examples are there out there in PC gaming land of games which encourage you to do positive stuff? Games where it isn’t a zero-sum game, and you are encouraged to just ‘do better’ rather than  cause your rivals to fail?

17 Responses to “Where are the positive, building, creating games?”