I’ve spent another whole day working on particle /explosion stuff and tools. I was very pleased with the explosions in GSB. They look like this: 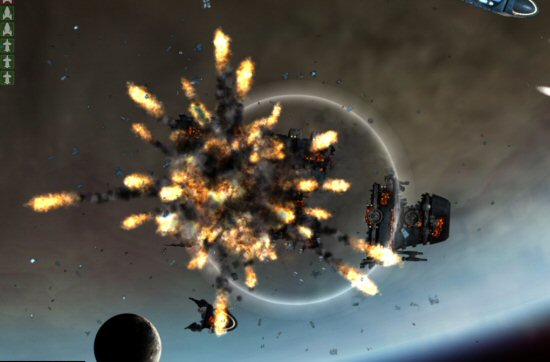 But much better in motion. I think that’s not bad. However, just because I think it’s not bad doesn’t mean it can’t be a factor of ten better. I’m aiming for ILM-standards, so there is a huge way to go.

GSB had a particle editor, but it wasn’t as good as it should be, mainly because it was built as an external program, and a crap one. I am notorious for making rubbish tools. I should just ask Eskil to make them. Anyway…

Here is the very first attempt at the explosion / particle editor for LB. It’s not vaguely finished, not even by 50%, and I really need to support zooming in! Anyway, the main thing is that it’s built into the game, which means a lot less hassle to edit effects and then toggle back into the game and see how it looks. Plus it uses the exact same source files as the in-game effects, so it’s less messy. 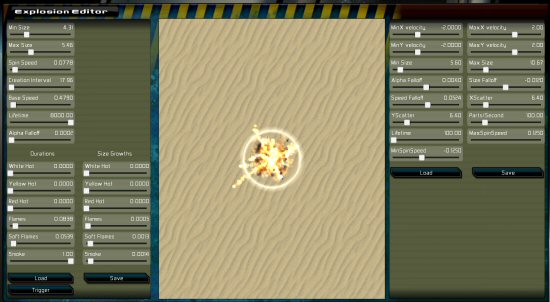 To be honest 90% of the effort was a re-jig of the class structures for a lot of my particle code, rather than actual tools production. Obviously all the GUI code there and the graphics are from GSB, don’t worry, I’ll get a brand spanking new GUI design for the new game in time.

I’m determined to finally make a game that has decent tools from the start, to make me more productive.

In other news, I was woken at 3AM by the death screams of what sounded like an injured pterodactyl in the garden. It *might* have been some less exotic bird, but I’m not so sure. Glad I hadn’t just watched some creepy horror movie.