I had a bug in Production Line recently that made me think. Large factories under certain circumstances (and by large I mean HUGE) would occasionally crash, seemingly randomly. I suspected (as you usually do if you have a large player-base) that this must be the players machines. If code works fine of 99.5% of PCs, and breaks on the remainder…that seems suspicious. Once I managed to get the same save games to crash on mine, again in seemingly weird places, but always near some memory allocation…the cause became obvious.

I had run out of memory.

This might seem crazy to most programmers because memory, as in RAM is effectively unlimited right? 16GB is common, 8GB practically ubiquitous, and in any case windows supports virtual memory, so really we are talking hundreds of gigs potentially. Sure, paging to disk is a performance nightmare…but it shouldn’t just…crash?

Actually it WILL, if you are running a 32 bit program (as opposed to 64 bit) and you exceed 2 GB of RAM for your process.  This has always been the case, I’ve just never coded a game that used anything LIKE that. Cue angry rant from unhinged ‘customer’ who thinks it is something akin to being a Neanderthal that my game is 32 bit. Take a look at your program files folders people…the (x86) is all the 32 bit programs. I bet yours is not empty… 64bit is all well and good, but the majority of code you run on a day-to-day basis is still 32 bit. For the vast majority of programs it really wont matter. For some BIG games, it really does. Clearly a lot of FPS games easily need that RAM.

So the ‘obvious’ solution is just to port my engine and game to 64 bit right?

Not for any backwards compatibility reasons, or any porting problems reasons (although it WOULD be a pain tbh…) but because asking how to raise that 2 GB RAM limit is, to me, completely the wrong question. The correct question is “Why the fuck are we needing over 2GB  of RAM for an indie isometric biz sim anyway?” And it turns out that if you DO ask that question, you solve the problem very quickly, very easily, and with a great deal of pride and satisfaction. 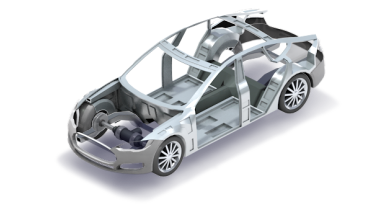 So what was the cause? and how was it fixed? Its actually quite surprising. Every ‘vehicle’ in the game code has a GUI representation. Because the cars are built from a number of layers, they are not simple sprites, but actually an array of sprites. The current limit is 34 layers (some layers have 2 sub-layers, for colored and non-colored), from axles to drive shafts to front and rear doors, windows, wing mirrors, headlights, exhausts and so on. Every car in the game may be drawn at any time, so they all need a GUI representation. The game supports 4 directions (isometric), so it turns out we need 34 layers X 2 sub-layers X 4 directions = 272 sprites per car. Each sprite needs 4 verts and a texture pointer (and some other management fluff). Call it 184 bytes per sprite, that means the memory requirements for any car amount to 50k per car. If the player has been over-producing and has 6,000 cars in the showroom then this suddenly amounts to 300MB just of car layer data. 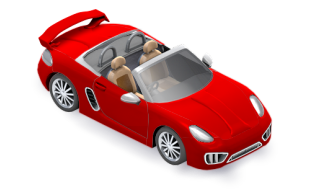 So that explains where a lot of the memory comes from…but what can I do about it? I’m not stupid enough to DRAW all these all the time BTW, I cache them into a sprite sheet and when zoomed out I use that for single-draw-call splats of a whole car, but for when zoomed in, or when the sprite sheet is full, I still need them, and I need them to be there to fill the sprite sheet mid-game anyway. How did I reduce the memory requirements so much?

Basically I realized that although SOME vehicle components (car doors etc) had 2 layers, the vast majority did not. I was allocating memory for secondary layers that would never be rendered. I simply reorganized the code so that the second layer was just a NULL pointer which was allocated only if needed, saving myself the majority of that RAM. With my optimizing hat on, I also found a fair few other places in the code where I have been using ints instead of shorts (like the hour member of a sales record) and wasting a bunch more RAM. Eventually I ended up knocking something like 700MB of RAM in the largest, worst cases. 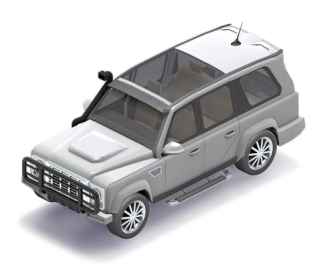 Now my point is… if I had just taken the attitude of many *modern* coders and thought ‘ha! what a dick! lets allow for > 2GB memory’ rather than thinking about exactly how the amount had crept up so much, I would never have discovered my own silliness, or made the clearly sensible optimization. Lower memory use is always good, as long as there isn’t a major CPU impact. More vehicle components can now fit into the cache, and be processed quicker. I’ve sped up the games performance as well as reducing its RAM hunger.

Constraints are good. If you have never, ever given any thought to how much RAM your game is using, you really should. It can be eye-opening.

4 Responses to “Battering the RAM”