A while ago, we decided that what we really needed to do was translate our biggest selling game (Democracy 3) into Chinese and Russian, and also probably some other languages too. This probably sounds easy but its not, because Chinese and Russian and other fancy languages use non-ASCII characters, so we had to translate the games engine to use unicode instead of ASCII. In theory this is easy, in practice not, especially because there are a LOT of Chinese characters, and you cant just whack em all in a phat bitmap like you do with western characters. This means a lot of assing-around which was all done by jeff from stargazy studios (of Democracy 3 Africa fame) who is my able assistant in such matters.

Anyway, the ups and downs of this process are enough to write a major opera over, but suffice it to say, we think its actually done now. As a test, we are dipping our toe in the water by releasing just now (OMG!) a new beta build of Democracy 3 on steam. (Windows only, steam only right now). If you right click the games icon/name and select betas there is a no-password beta to opt in to this version. This version will only be served to you if your steam language is set to English (we will be changing this…), but it now gives you the ability to change language in the game and select from:

You can do this under the options screen in a new drop down box. You can then enjoy wonderful screens like this: 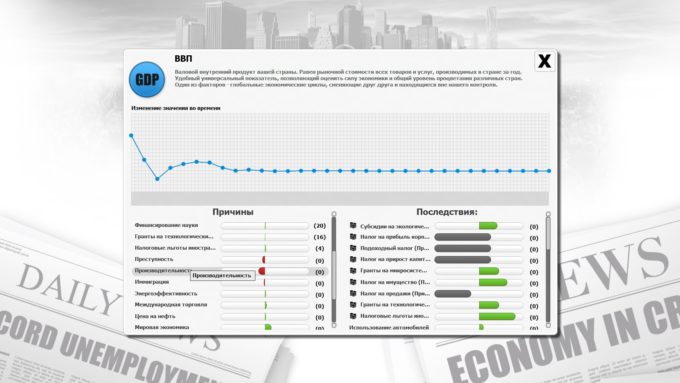 Which excite me more than they should.

In practice what this means is we will be able to simultaneously support a bunch of new languages AND get rid of the silliness of separate builds for German French and Polish (WTF were we thinking…?). It also means we have some cool new rendering etch built into the engine which we have secret plans for…

ANYWAY… If you are an English speaker who also happens to be fluent in one or more (or even none!) of the above languages, and have Democracy 3 on steam, and feel like opting in to the beta and giving it a spin, we would really like to know what you think. Ideally you cannot tell ANY DIFFERENCE to how the game used to be (although perhaps the text is crisper). All we are really worried about is if it just fails or bugs-out on certain video cards. Any feedback is welcome!

Its so shocking that I’m posting about Democracy 3 again isn’t it? Next thing you know I’ll be telling you we have a release date for shadowhand :D