Oh noes, a post about copyright! batten down the hatches etc…

The copyright debate is in deadlock, as ever, and the two sides are way too far apart.

And all of these people should be thrown into a pit of tigers and then attacked with flamethrowers.

Often the anti-copyright or ‘copyright reform’ side of the argument does itself no favours. Like many angry internet movements, they get so entwined with complete headcases who want to repeal copyright as an idea, that their whole argument becomes tainted.

Check out this game: 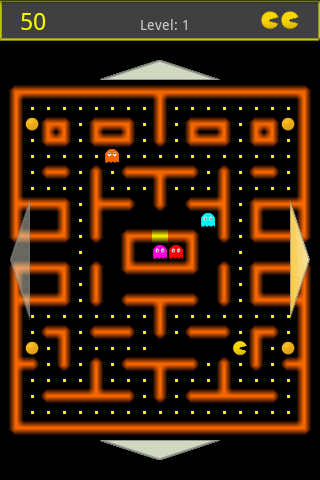 The guy making it got a DMCA takedown request from the owners of the Pacman IP. OH MY GOD! IT’S FASCISM AT WORK! Or maybe not… maybe he just ripped off pacman 100%, didn’t even have the creative juices to pick new colors for the ghosts, and he thinks *he* is the victim?

Now I know Namco don’t need the money, but the principle remains the same. The same copyright law that protects billionaires also protects indie developers like me, and everyone in between. And don’t forget, if you are IT literate and creative, the chances that your livelihood will directly or indirectly be earned from copyright are extremely high these days.

People rightfully get annoyed at some of the crazy DRM schemes and evil bastards that push copyright beyond its sensible uses, but people need to also get rightfully annoyed at the people who make any calls to reform copyright laughable. When people rip off a game, a movie, a tv show, a book or anything else to the point where you can’t tell the difference, the copyright reformers need to call them out on it. The same goes for certain torrent sites, and the ‘anonymous download’ servcies that are 99% copyrighted content.  Getting bundled in with people trying this stuff just makes the whole copyright-reform lobby look like trolls.

Some days the best blog post is just a picture of your eldest cart: Jadzia 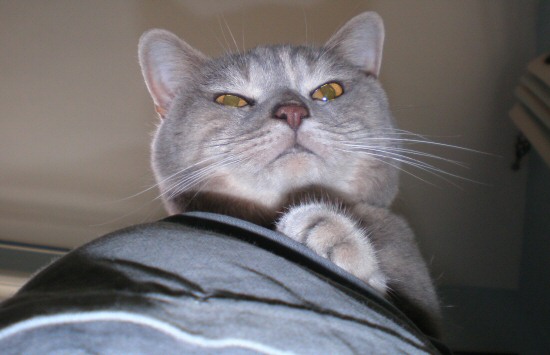 So there is a BBC TV prog on ‘addiction in gaming’ on the way. Oh JOY. Not that I do not think there is a case to answer, there definitely is. Games ARE designed to be addictive, just ask Zynga, or ask pretty much any game designer who has read widely both on game design, and neuroscience. (like me!). The problem is that traditionally, the mainstream media has handled issues in gaming so incredibly poorly, in such a slap-dash ‘who cares’ fashion, as to make any ‘research’ into the topic on  popular TV to be useless, laughable, insulting and frankly, piss-poor journalism.

Take a look at this image:

Now place your bets which is considered to be an image that represents ‘video games’ to a TV executive. It’s the angry, scary dude with a gun, obviously. Never mind the fact that happy clappy games like habbo hotel probably outsell the angry games with guns by a huge margin. Never mind the fact that gamers are actually interacting, often with other people, rather than passively absorbing the  predictable, mindless drivel of TV cooking programs and property shows. Never mind that the average gamer is no longer a 13 year old boy with poor exam results (Was that ever true?).

What’s more important is for gaming to be held up as something to be scared of. Why? Well here is the bitter, sad irony. Anyone in journalism worth their salt knows that fear SELLS. We are basically hardwired to be scared, to be hungry, and to want sex. Everything else is frankly an afterthought. Advertisers know this, and exploit it to death. Game designers are in kindergarten when it comes to manipulating their audience, take a look at adverts to see how it is really done.

And of course, taker a look at cheap journalism, of the ‘IMMIGRANTS CAUSE HOUSE PRICE FALLS‘ style, or more relevantly, the ‘GAMES ARE BAD’ sort we have got used to on TV.

Newspapers like the Daily Mail or News of the world vastly outsell stuff like new scientist, and it’s no surprise. We all know that a new scientist investigation into ‘does eating 5  a day make you healthy’ that concludes ‘it’s hard to say, it depends…’ won’t sell as well as a News of the world story that ‘FRUIT CAUSES AIDS!!!‘  What is really dissapointing is that the BBC doesn’t need to sell newspapers, or even subscriptions. It’s in the unique position of being able to say “This thing that we thought might be bad, turns out to be not bad”, and nobody would lose their job.

Pity they never do that, isn’t it?

None of these apply to me. How many apply to you?

From what I see, it’s mostly2,3 and 5 that affect indies.